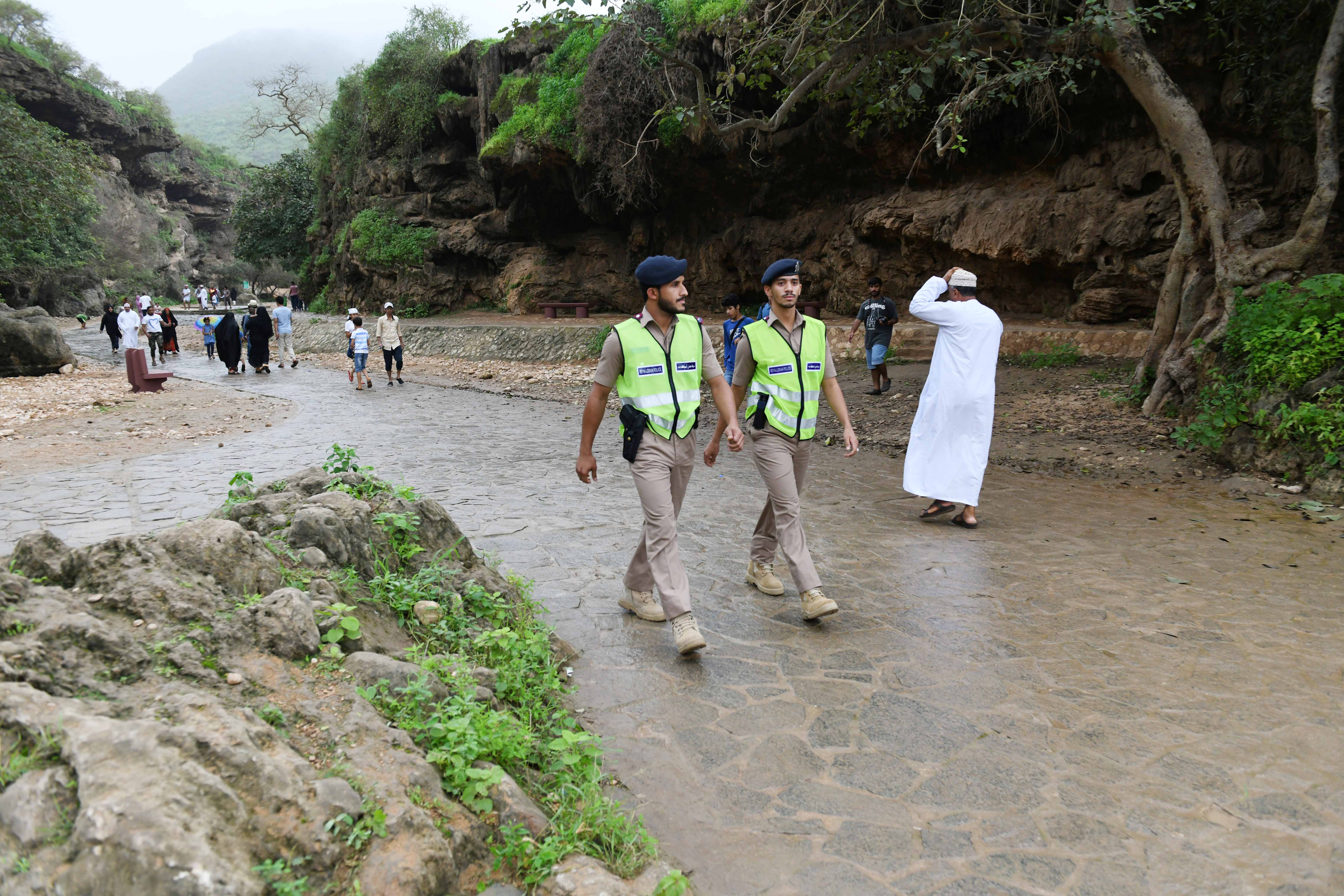 Muscat: As preparations continue for Salalah Tourist Season 2019, the Dhofar Police Command — part of the Royal Oman Police (ROP) — is preparing to provide the highest levels of security.

Commander of the Governorate of Dhofar Police, Brigadier Mohsen bin Ahmad al Abri, said that Command is keen to provide support in order to provide the best service and ensure police presence at all tourist sites in the governorate and the roads leading to it.

Al Abri said: “To this end, the relevant committees of the Royal Oman Police held several meetings and conducted field visits to find out all the requirements necessary to extend the security umbrella to all the roads used by the visitors to Dhofar Governorate, as well as to select appropriate sites for security points.”

He added, “ROP with the competent government authorities are well prepared for the tourist festival by visiting sites on which the events are held, to set security requirements and traffic flow as well.”

The police chief explained that the presence of police, civil defence and ambulance along the roads leading to the Dhofar governorate, as well as support from ROP aviation is set to serve people traveling by road and is ready to provide assistance, whenever required.

Traffic patrols and Special Police Task Forces will be deployed to all the locations of the festival and the roads leading to it, in order to regulate traffic and prevent traffic jams. Civil defence, ambulance and coast guard personnel will also patrol various beaches and water springs in order to raise awareness and intervene in the event of any accidents, according to Al Abri.

The Dhofar police chief advised citizens, residents and visitors of the governorate to abide by traffic rules and regulations and to observe safety requirements, especially in the following aspects:
• Maintenance of vehicles, especially tyres
• Adherence to the speed limit.
• Do not wrong overtaking in forbidden areas.
• Keep the vehicle clean.
• Leave sufficient distance between vehicles and attention, especially while walking in the mountain roads for lack of vision.
• Pay attention to children and don’t leave them unattended while they are in various tourist sites.
• Don’t venture out the sea by swimming as well water springs where the level of water is high.
• Pay attention to stray animals.