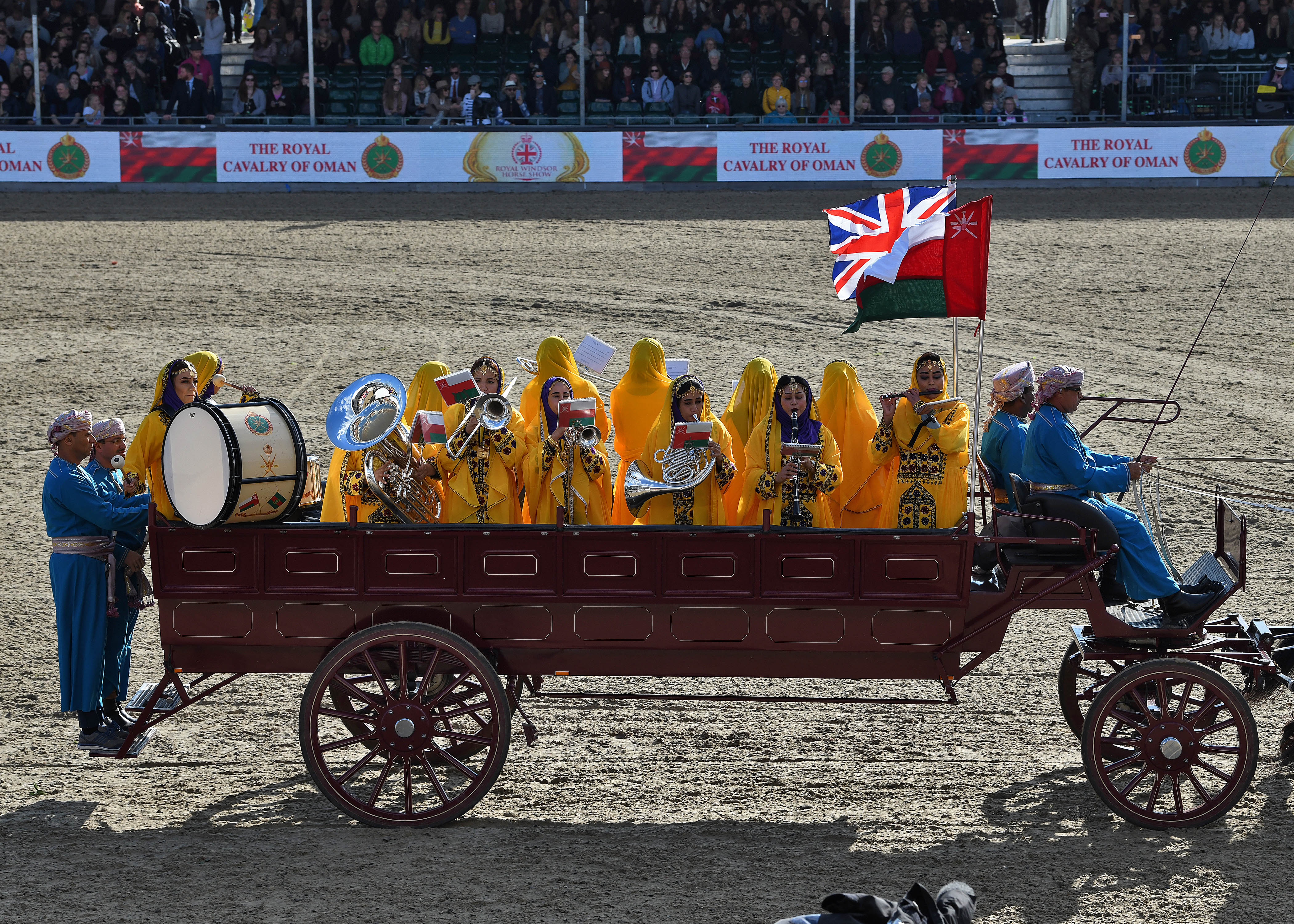 London: Under the auspices of Queen Elizabeth II, Queen of Great Britain and North Ireland and Head of Commonwealth, the Royal Cavalry’s music department and sections of traditional horse sports and equestrian skills concluded their participation at Royal Windsor Horse Show in London.
Twelve horse shows were organised which included, The Pony Club and Shetland Pony Grand National, 2- Music Hall- Part Tow, 3- The Hungarian Csikos, 4- The Kelaghayi and The Karabakh Horses of Azerbaijan, 5- The Balmoral Quadrille, 6- The Dubai Mounted Police Activity Ride and Musical Pipe Band, 7- Gilbert and Sullivan, 8- Charge of the Light Brigade: The Household Cavalry Mounted Ride, 9- The Household Cavalry Musical Ride, 10- The Royal Cavalry of Oman and Mounted Band, 11- Dickensian London and 12- The King’s Toop Royal Horse Artillery Musical Drive. A total of 400 horses along with 500 riders displayed their skill.
The Royal Cavalry performed daily displays from May 9 to 12 in the evenings and two shows in the afternoon. Its displays were admired by spectators who interacted joyfully with the riders.
The final display by the Royal Cavalry started with the entry of two music coaches from the first gate and moved around the arena. The Royal Cavalry’s mounted band played music piece of Bashaer Alkhair. Then the second dismounted band entered the arena from the second gate and played Lisqra piece in the middle of the arena in front of the Royal Box.
After that riders of equestrian skills entered the arena from the third gate and moved around the arena followed by riders of traditional horse sports. And then musicians played Nakhal Fort piece and riders displayed Tohoreeb and horse lying down shows accompanied by music of Falaj Daris and then riders saluted Queen Elizabeth II amid spectators’ applaud.