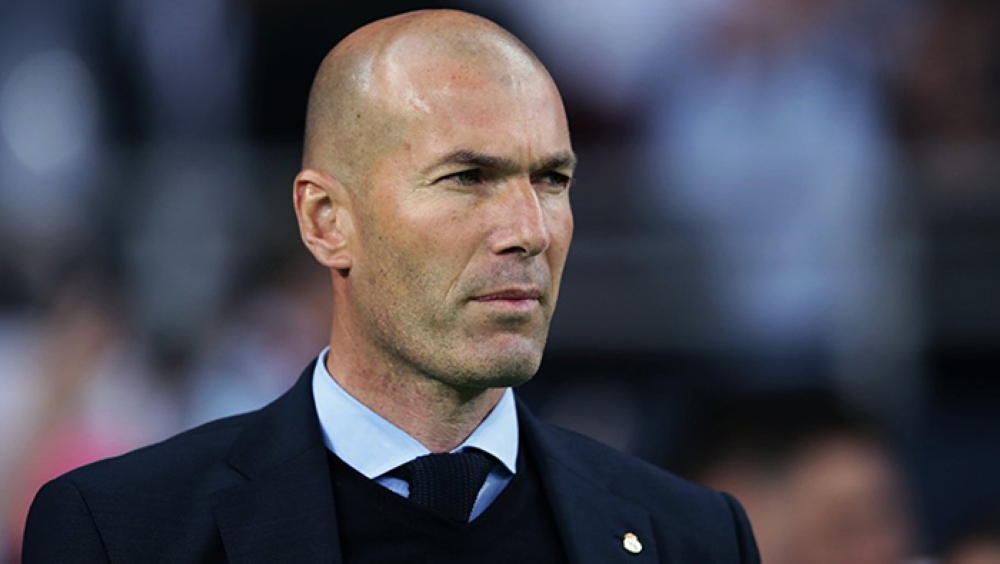 Madrid: Real Madrid coach Zinedine Zidane will continue with his casting for next season when his side entertains Athletic Club Bilbao in the Santiago Bernabeu Stadium on Sunday afternoon.
Zidane's return has seen the French coach carry out a series of squad rotations as he looks to find which players he wants to keep in the club and which will move on in what is shaping up to be a big-spending summer in the transfer market.
Zidane's options to rotate his side in defence have been limited by injuries to Sergio Ramos and Alvaro Odriozola, but his return has brought Marcelo back into favour at left back. Meanwhile, Fede Valverde may hope for another opportunity in central midfield, although Tony Kroos has recovered from the illness which sidelined him for Monday's disappointing 1-1 draw away to Leganes.
Karim Benzema was again Madrid's best player in that game and the casting will continue for those players looking for a supporting role with Lucas Vazquez, Marco Asensio and Gareth Bale all hoping to start, while Vinicius Jr puts the finishing touches to his return from a torn hamstring. Keylor Navas looks likely to continue in goal, although there is a chance that Luca Zidane could make his second appearance of the campaign if the coach wants to continue with the changes.
Athletic are currently seventh in the league and incredibly now battling for a place in Europe after spending the first half of the campaign in a struggle to escape the relegation zone. The arrival of coach Gaizka Garitano has seen the Basque side take 35 points from their last 18 games, although that has been based largely on their home form, and they have not won in the Bernabeu for 14 years, with just a 1-1 draw last season saving them from 14 consecutive defeats in Madrid's home ground.
Athletic are missing key players with Ander Capa, Oscar de Marcos and Ibai Gomez all injured along with midfielders Dani Garcia and Benat. That means Inigo Lekue could find himself starting after a knee injury has limited his appearances to less than an hour this season. Real Madrid will have to be wary of the form of Athletic's attacking duo of Inaki Williams, who has 12 goals this season, and Raul Garcia, with the former Atletico Madrid player especially unpopular with Real Madrid supporters.
Real Madrid has nothing to play for but Athletic midfielder Mikel San Jose warned that "if we go there thinking they are on holiday, they will put five past us," so expect the visitors to adopt a cautious note and hope Williams' pace will catch Madrid on the break.