Mueller report to be released next week: US Attorney General 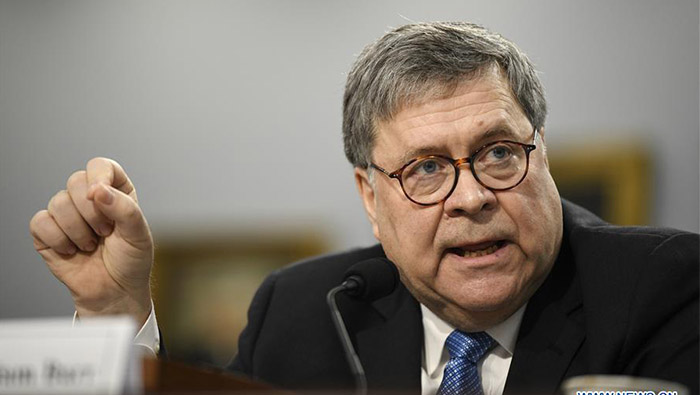 Washington: A redacted version of Special Counsel Robert Mueller III’s report on the Trump-Russia investigation will be released "within a week", US Attorney General William Barr said at a congressional hearing.
"This process is going along very well and my original timetable of being able to release this by mid-April stands, so I think that from my standpoint, within a week I will be in a position to release the report to the public," Barr told a Democrat-led House panel.
Barr told the Subcommittee on Commerce, Justice, Science, and Related Agencies that part of the report, the result of the investigation into the alleged collusion between the Trump campaign and Russia and obstruction of justice, would need to be blacked out, such as information that is subject to grand-jury secrecy rules.
Barr did not commit to providing the full report to Congress, despite requests by Democratic lawmakers.
Last month, Barr released a summary of the report, which looked into allegations that US President Donald Trump's electoral campaign colluded with Russia in 2016 to win the presidential election. However, after a lengthy 22-month investigation, Mueller did not reach a conclusion on whether President Donald Trump had obstructed justice, and that Mueller's findings are "not sufficient" to support a charge. Trump has touted Barr's summary as a "complete exoneration" and agreed to release the report, saying he had "nothing to hide."