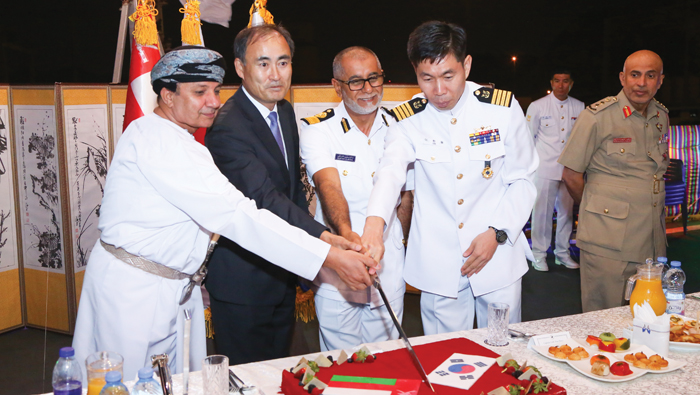 Muscat: South Korea’s ambassador to Oman has hailed the country’s efforts towards promoting peace and stability in the region.
Talking to Times of Oman, Kang Doho, South Korean ambassador to the Sultanate, thanked the government and conveyed his deepest appreciation to the Omani authorities for their ever friendly and prompt support.
“Witnessing the efforts of the Omani government to maintain peace and stability in this region under the great leadership of His Majesty Sultan Qaboos bin Said, we are very much honoured to pursue the same path leading to peace and stability, both at sea and on land.
“We now aim to expand our relationship further and strengthen people-to-people ties; our student exchange programme has been going on for quite some time now. In this way, the present and future generations can visit Korea and Oman and spend some time in each country, and get to know about the friendly ties and the relationships the two nations share,” Doho said on the occasion of the 10th anniversary of the dispatch of the Korean Naval Cheonghae unit.
The unit has conducted anti-piracy operations, several rescue operations and has escorted tens of thousands of vessels in areas around the Gulf of Aden. According to the ambassador, the relationship between Korea and Oman, diplomatically established in 1974, historically goes back 1,000 years.
“Today, Korea has grown to be the third trade partner of Oman and Oman is the third largest supplier of LNG to Korea.
“Under the guidance of the Omani national strategy of Vision 2020, many prominent Korean companies are engaging in projects with their friendly Omani partners.
“Notably, in their geographical location, Korea and Oman, countries which share a long history and rich maritime traditions, are well positioned to forge an everlasting friendship and valuable cooperation,” he added.