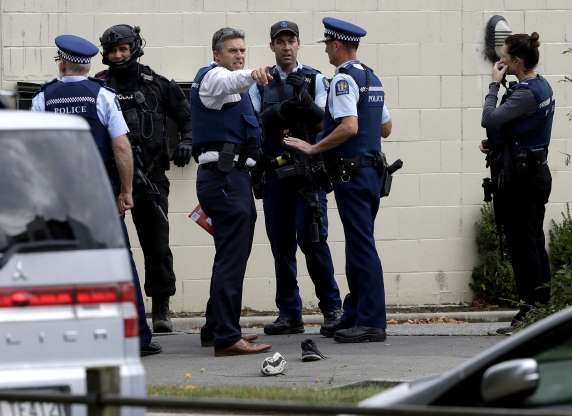 CHRISTCHURCH: 49 people were killed and 20 seriously injured in a terror attack at two mosques in central Christchurch, New Zealand, on Friday, in what Prime Minister Jacinda Ardern labeled “a terrorist attack.”
Speaking to reporters, Police Commissioner Mike Bush said that four people are in custody but police are unsure if there are any other suspects. "As far as we know the shootings occurred at two locations, a mosque at Deans Avenue, and another mosque at Linwood Avenue," Bush said.
New Zealand’s darkest days: PM
New Zealand's Prime Minister Jacinda Ardern held a press conference, describing it as "one of New Zealand's darkest days "For now my thoughts and I'm sure the thoughts of all New Zealanders are with those who have been affected their families," Ardern said.
In a statement issued online, New Zealand Police said: “Police can now confirm the lock down of schools throughout Christchurch has been lifted. We would like to reassure members of the public that there is a large Police presence in the city and the safety of the community is our priority.”
The New Zealand cricket team who are preparin for a test match against Bangladesh issued the following statement. "Our thoughts are with everyone in Christchurch. We can confirm that both teams and support staff groups are safe and accounted for. We will be working with authorities on the next steps regarding tomorrow's scheduled Test,"
Meanwhile, an emotionally distraught New Zealand rugby footballer Sonny Bill Williams took to Twitter to express his condolences. "My heart is hurting about the news coming out of Christchurch. Sending love and prayers to the affected families," he said.

- With input from agencies