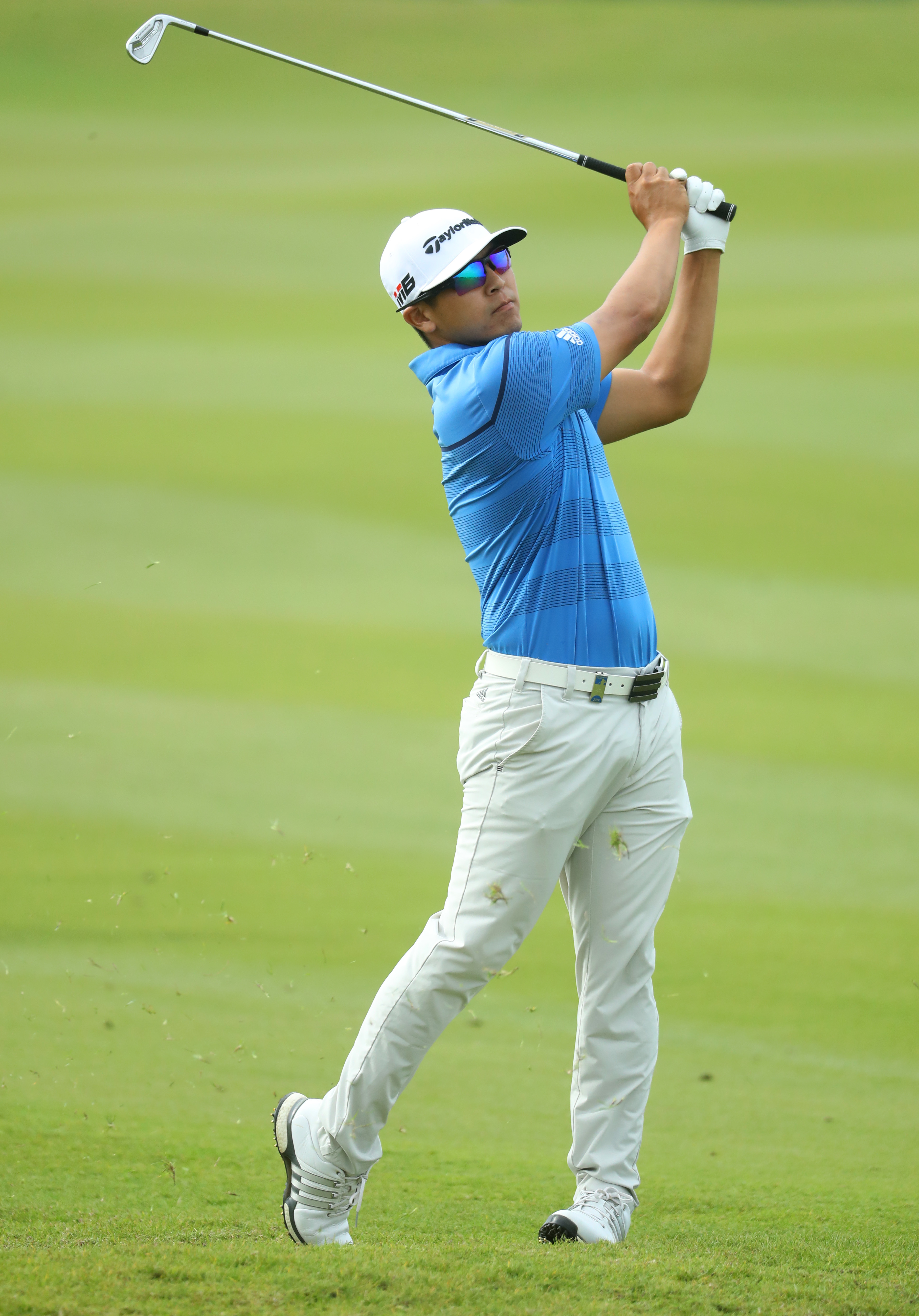 MUSCAT: Kurt Kitayama got off to a flying start at the 2019 Oman Open as the American carded an outstanding bogey-free six under par 66 to lead by one on an exciting first day at Al Mouj Golf.

The 26 year old is enjoying an impressive rookie year on the European Tour having already tasted victory at the AfrAsia Bank Mauritius Open earlier this season after earning his playing privileges at Qualifying School at the end of last year.

Kitayama started his search for a second title in fine style in the Sultanate as he navigated his way through the front nine in two under par before moving up a gear on the homeward stretch with two more birdies along with a sublime eagle on the par five 12th to take a one-shot lead heading into the second round.

“I’m really pleased to kick off with a bogey-free 66 especially in the pretty tough conditions out here,” said Kitayama. “My putting was a strong part of my game today and I holed a few from outside ten feet which is always nice to see.

“The eagle and birdie on the 11th and 12th were pretty good; I drained a nice 40 footer for my birdie before playing a nice second into 12 and holeing from around 15 feet. Hopefully, the weather is a bit calmer tomorrow morning and I can take advantage of that by playing the way I did today.”

Japan’s Yūsaku Miyazato and Scotsman Scott Jamieson are both one off the pace after shooting impressive rounds of five under par 67 at the Greg Norman designed course in Muscat.

“A bogey-free round is always good and to get five birdies along with that makes it a lovely start,” said Jamieson. “I drove it well and putted well. I didn’t hit my irons particularly close but I think that’s difficult to do round here.

“The greens are firm with a lot of run-offs, you find yourself playing away from the flags. I had a chance to hole some nice putts and I had a chip-in on 17 as well which was nice.”

“I’m very happy; I drove it well today and made some good putts,” said Pieters after his four under par 68. “I’m happy with how I hit it apart from the dumb bogey on the last, but I’ve forgotten it already.

“It’s tricky out there. Some of these flags are cut close to the water, so you really have to think. It’s fun because you’re not just throwing darts. You’re thinking your way around and sometimes hitting the front edge is plenty. I’m very happy and looking forward tomorrow.”