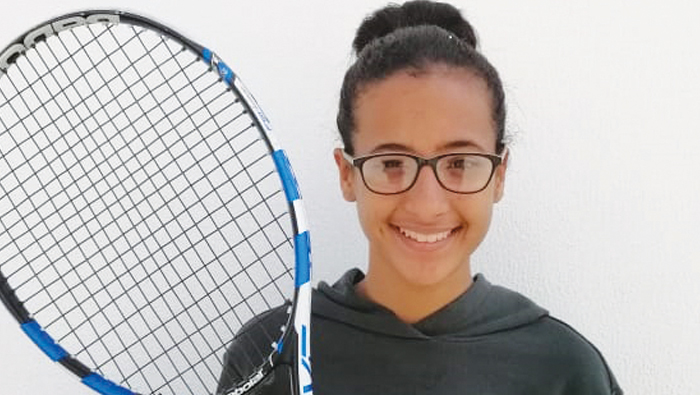 Muscat: Budding Omani player Saffanah Al Riyami and Kaavya Jayakumar cornered glory at the ISC-Muscat Pharmacy Open Junior Tennis Tournament organised by the Indian Social Club Oman when they won the girls under-18 and girls under-14 singles titles respectively.
Saffanah was in ominous form and claimed the girls under-18 singles title with impressive victories over Aisha Al Suleimani in the round-robin format.
Kaavya Jayakumar claimed the girls under-14 crown with an impressive 6-2, 6-2 victory over Stuti Mathur.
Kaavya put in a brilliant all-round display punching her power into her groundstrokes.
Kaavya opened up a 3-0 lead in the first set before Stuti broke Kaavya in the fourth and sixth games. Kaavya however, continued to dominate and broke in the seventh game and served out the set. The pattern continued in the second set as Kaavya dominated to win the title.
Another upcoming Omani player, Aisha Al-Busaidi advanced to the final of the girls under-12 singles. Aisha will take on talented Aayra Malhotra in the final. In the semi-finals of the girls under-12, Aisha registered a convincing 8-0 win over Sanabhi Ail and Aayra posted a fighting 8-4 victory over Smriti Iyer.