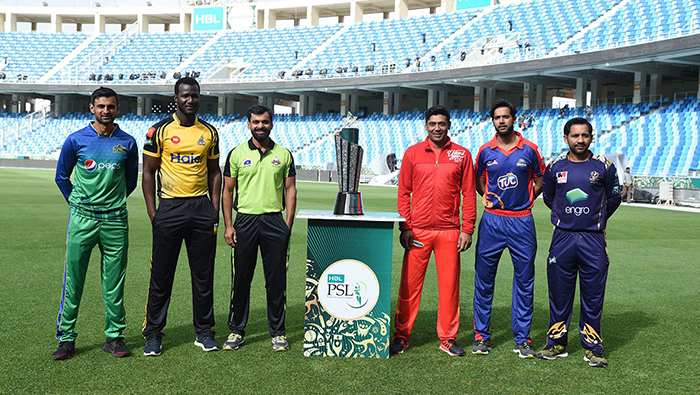 Muscat: The highly anticipated 2019 edition of the HBL Pakistan Super League (PSL) will begin in the UAE tomorrow (Thursday), authorities have confirmed.
The first day of competitive play in the tournament was confirmed during an official unveiling of its trophy at the Dubai International Stadium. The opening match will be played at the same venue between defending champions Islamabad United and Lahore Qalandars.
On its official Twitter account, a statement from the league read, "The HBL PSL 2019 trophy was unveiled at a crowded press conference at the Dubai International Stadium, the venue where the tournament will kick-start on Thursday.
Ehsan Mani, Chairman of the Pakistan Cricket Board, said, "The HBL PSL 2019 is set to provide incredible excitement to cricket fans all around the world; we thank our sponsors, partners, the six franchises and all stakeholders who have contributed in putting together this cricket extravaganza. We look forward to seeing a competitive tournament with a galaxy of international and Pakistan stars showcasing their talent.”
Cricketers Collin Ingrim, Darren Sammy, Muhammad Sami, and Shoaib Malik are scheduled to take the field in this year's competition.
The PSL, which is played in the UAE, will see some of the best cricketing stars compete as part of a six-team event. The teams are Islamabad United, Peshawar Zalmi, Quetta Gladiators,Karachi Kings, Multan Sultans, and Lahore Qalandars.