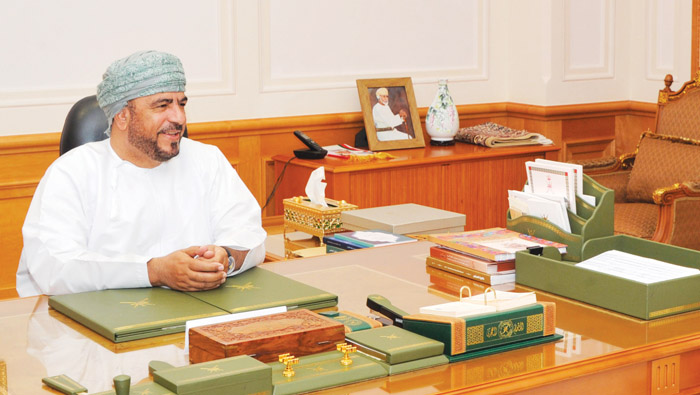 Muscat: Dr. Khalid bin Salim Al Saeedi, Secretary-General of the State Council, said that the joint sessions between the State Council and Majlis Al Shura, which discuss the articles of disagreement between the two councils, are in accordance with the Basic Law of the State relating to the Council of Oman which regulates the complementary relationship between the two councils, regarding the discussions of the law that are referred by the Government.
In an exclusive interview, he said that coordination between the two councils is based on the public interest by reviewing the issues related to the social, economic and legal fields, as well as cooperation in the development of the mechanisms of work and constructive cooperation undoubtedly contributes to the integration of roles among state institutions, as well as helping them in carrying out their entrusted duties in a smooth and harmonious manner, which helps to achieve national goals and achieve a decent life and well-being for the Omani citizen and accelerate the pace of the country towards new horizons of development and prosperity.
The Secretary-General of the State Council stressed that the two offices of the two Councils discussed all matters that would enhance the complementarity between the two councils and support the effectiveness of their performance and unify the efforts of the two councils and their views on proposing draft laws or proposing amendments to the laws in force.
He pointed out that in the context of cooperation between the two councils, coordination is usually done on the representation of the Sultanate by delegations participating in the activities of the regional and international parliamentary associations, as well as coordination in many other fields, such as training.
In this framework, the training centre of the Council of Oman is preparing and implementing the training, rehabilitation and orientation programs needed by the two councils, whether at the level of the members or those aimed at the development of human resources in the two councils, a translation of the royal directives of His Majesty the Sultan to pay attention to human resources and the development of their performance in various fields, he added
Regarding the future vision and community participation, the Secretary General of the State Council pointed out that the State Council has recently hosted officials from the Supreme Council for Planning to show a presentation on the future vision (Oman 2040) with a view to recognising the possibility of realising this vision on the ground.
In response to a question on whether there are any proposals, he said that the State Council is actively involved in the preparation of the future vision (Oman 2040), and that the Council hosted the heads of sectoral committees for the future vision and a number of those who are preparing it to show a presentation on the project within the framework of integration and communication between institutions.
He asserts that this comes in line with the concerns of the Council and the continuation of its hosting of officials and stakeholders in a number of institutions and state bodies to highlight its work, plans and achievements in various fields, and to allow the members of the Council to express their views and opinions on them.
The Secretary General of the State Council said that the Council’s relations with its counterpart councils in many brotherly and friendly countries are inseparable from the broader relations between the Sultanate and those countries, within the context of the Sultanate’s foreign policy founded by His Majesty the Sultan, which is based on respect for the sovereignty of other States and non-interference in their internal affairs and adherence to the principles of right , justice and equity in all international issues to resolve disputes by peaceful means and to devote efforts to promote common interests with the countries of the world.