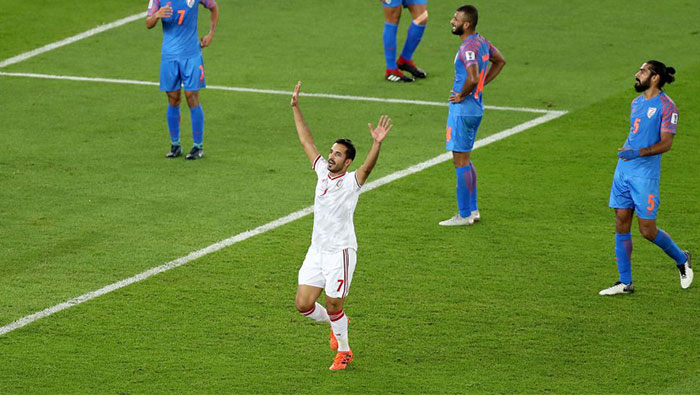 Muscat: Hosts United Arab Emirates took a major step towards the knockout stages with a 2-0 win over India in their Group A fixture in the 2019 Asian Cup.
Khalfan Mubarak scored the opening goal of the game, when he beat India goalkeeper Gurpreet Singh Sandhu four minutes before half time.
Two minutes before the end of the game, it was Ali Mabkhout who doubled the lead for the hosts.
The result sees the UAE leading with four points after two games, with India and Thailand both locked on three apiece. Bahrain have just a point to their name.
However, the day's results mean that anything is still possible in Group A, and qualification to the knockout stages of the tournament will now depend on the last round of matches.
India will face Bahrain, while hosts UAE will play Thailand in a series of crucial games.