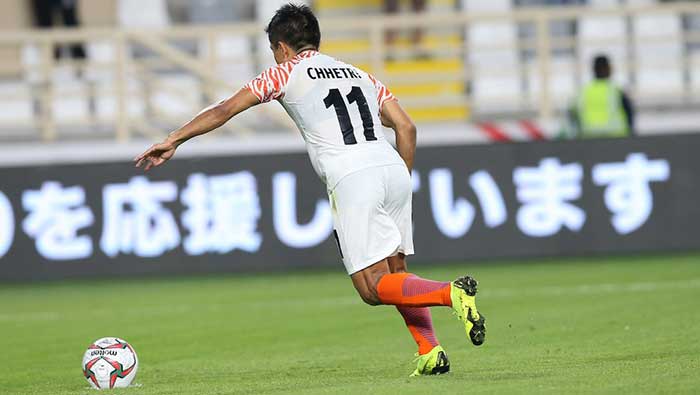 Muscat: India take on the United Arab Emirates as Bahrain play Thailand in Group A of the AFC Asian Cup on Thursday, 10 January 2019.
Bahrain will take on Thailand at the Rashid Al Maktoum Stadium in Dubai at 3pm, five hours before India play hosts UAE at the Zayed Sports City stadium in the capital city of Abu Dhabi.
India currently top Group A after their impressive 4-1 win over Thailand. The result saw the Thailand FA sack coach Milovan Rajevac immediately afterwards, and their team will be looking to get their first points of the tournament against Bahrain, who played out a goalless draw against the hosts in their first game.
Group B also sees action today, with Jordan taking on Syria at the Sheikh Khalifa International Stadium at 5:30pm.
The Jordanians are atop Group B after their shock 1-0 upset of defending champions Australia, while Palestine and Syria also played out a goalless draw.