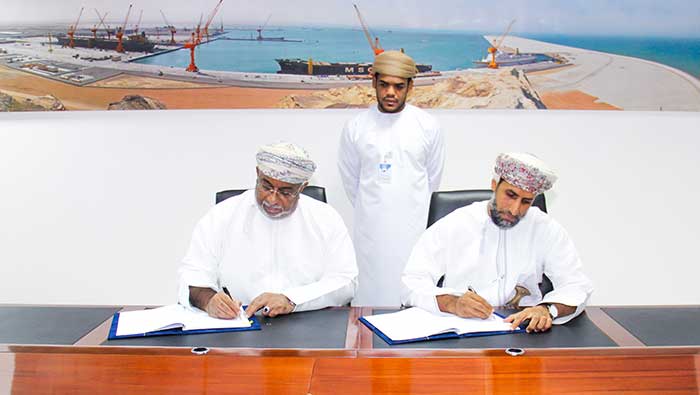 Muscat: The Special Economic Zone Authority at Duqm (Sezad) on Tuesday concluded the agreement of a service road construction project in Aman District at the Special Economic Zone in Duqm (SEZD). The project will be executed by Premier International Projects (PIPOMAN).
The agreement was signed on behalf of Sezad by Yahya bin Said Al Jabri in his capacity as the Chairman of the authority, and on the other hand, by the Managing Director of the company.
Pursuant to the said agreement, PIPOMAN will design and construct an around 8.3km-long service road at Aman in Duqm near the Sezad building. The road will serve the Royal Oman Police facilities and intersect with the main road, "Sultan Qaboos Road", that connects Duqm Airport with the port.
The project involves four roundabouts, with entrances and exits extending from and leading to the main road (Sultan Qaboos Road), along with water drain facilities, the protection and removal of existing utilities and an LED street lighting system.
The total value of the agreement is estimated at OMR3.8 million and the project period is 18 months, plus 30 days for the preparatory works.
The implementation of the project comes within Sezad's ad hoc action plan established particularly for the completion of road projects in the region and to keep it ready for investments, in an attempt to facilitate the movement of investors, citizens and residents across the various locations of the region.