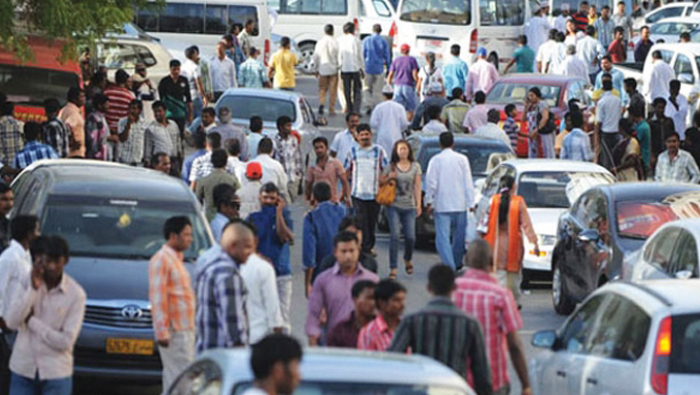 Muscat: Indian expats working in Oman have expressed relief at the delay in the eMigrate system, which was supposed to come into effect from January 1, 2019.
The system, which was set up to ensure that Indian expats who lived and worked in 18 countries across the world were fairly treated, saw expats who attempted to sign up for the system facing a host of difficulties, chief among which was the inability to register without an Indian SIM card or mobile number.
According to the eMigrate service, any Indian national who worked in 18 specified nations had to register on the system at least 24 hours before travelling to their country of work. Failure to do so would result in passengers not being allowed to board their aircraft.
“This was causing a lot of confusion for my husband and me,” said Neela Gupta, who works in the retail sector in Oman.
“Every time we have to go to India for a family function, or if we have to go for a short duration, does this mean we have to register online? When you travel overseas, there are many things you have to take care of, such as organising your luggage, your passports and your tickets, and forgetting any one of these things can make you panic.”
“If this system had come into force, we would have had to do one more thing that is tedious and if we had forgotten to do it, it would have made things very complicated,” she added. “If the government is going to bring this system, they have to do it properly, and not inconvenience us further.”
Ashok Tiwary, a businessman in the country, added, “I have my own restaurant here in Oman, and my suppliers are mostly based out of India, because I get the raw materials from them. If this new eMigrate system had come, I would have to register every time I go home, and this was asking for a lot, because I travel to India to meet with people at least once a month.”
“The problem is that if you forget to register, then the consequences are really bad,” he added.
“There is nowhere where the government says you can register at the airport if you have forgotten. All they have said is that you will not be allowed to fly. We need to know what the consequences are and how we can fix them.”
Syed Aftab and his wife Noor were expecting to register on this system before travelling to India for their nephew’s wedding next month.
“I am glad we don’t have to register now, because when you go to see family during such an important function, things can get a bit hectic,” he said.
“You might forget, and more importantly, none of us have Indian mobile phone numbers. We would have been unable to register and then would have been held back for no fault of our own.”
In a notice issued on Wednesday, November 28, the Indian Ministry of External Affairs confirmed the temporary suspension of the eMigrate platform.
“With reference to the Ministry of External Affairs Advisory dated November 14, 2018, it is informed that the Ministry has been receiving representations from various quarters, including non-ECR passport holders already registered in ECR countries regarding difficulties faced by them during registration on www.emigrate.gov.in,” said M.C. Luther, Joint Secretary and Protector General of Emigrants.
The Indian missions in those countries have also forwarded representations received by them from the local community.
In view of the above, the competent authority has decided to keep this advisory regarding the registration of non-ECR passport holders in abeyance until further orders,” added Luther. “However, if any emigrant wants to register voluntarily as earlier, he/she can do so.”
The 18 nations listed on the eMigrate system are Afghanistan, Bahrain, Indonesia, Iraq, Jordan, Kuwait, Lebanon, Libya, Malaysia, Oman, Qatar, Saudi Arabia, Sudan, South Sudan, Syria, Thailand, the UAE and Yemen.