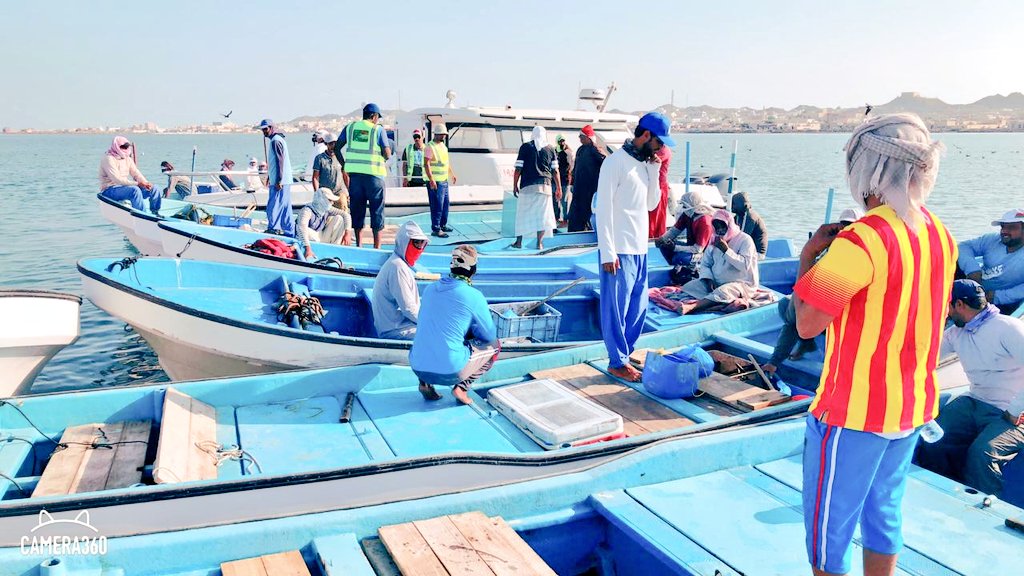 Muscat: A total of 100 fishermen in Oman will be competing for the next three days to win cash prizes from OMR100 to OMR3,000.
The competition that will be held in Masirah, will give fishermen a chance to prove their skills. His Excellency Talal al Hosni, Wali of Masirah said that contestants will compete in a specific area in teams of four in order to catch the largest quality of fish. Ten prizes ranging from OMR100 to OMR3,000 will be given to winners.
The Omani Fishing Club said that this contest comes as part of the "Fishing and Seafood Festival in Masirah", and that it is the first competition of its kind in the Sultanate. The festival is being organised by the Ministry of Agriculture and Fisheries, which aims to revive maritime tradition and to economically boost the island, as well as inform visitors about Masirah's touristic importance and fishing fame.
"The Festival is a chance to encourage tourism in Masirah, especially domestic tourism from youth who adore camping and fishing," the club added.
His Excellency added that the organising committee for the festival has provided visitors with a number of incentives as well, ranging from discounts for travel and lodging. Fishermen will also receive discounts when they rent a boat for the competition.