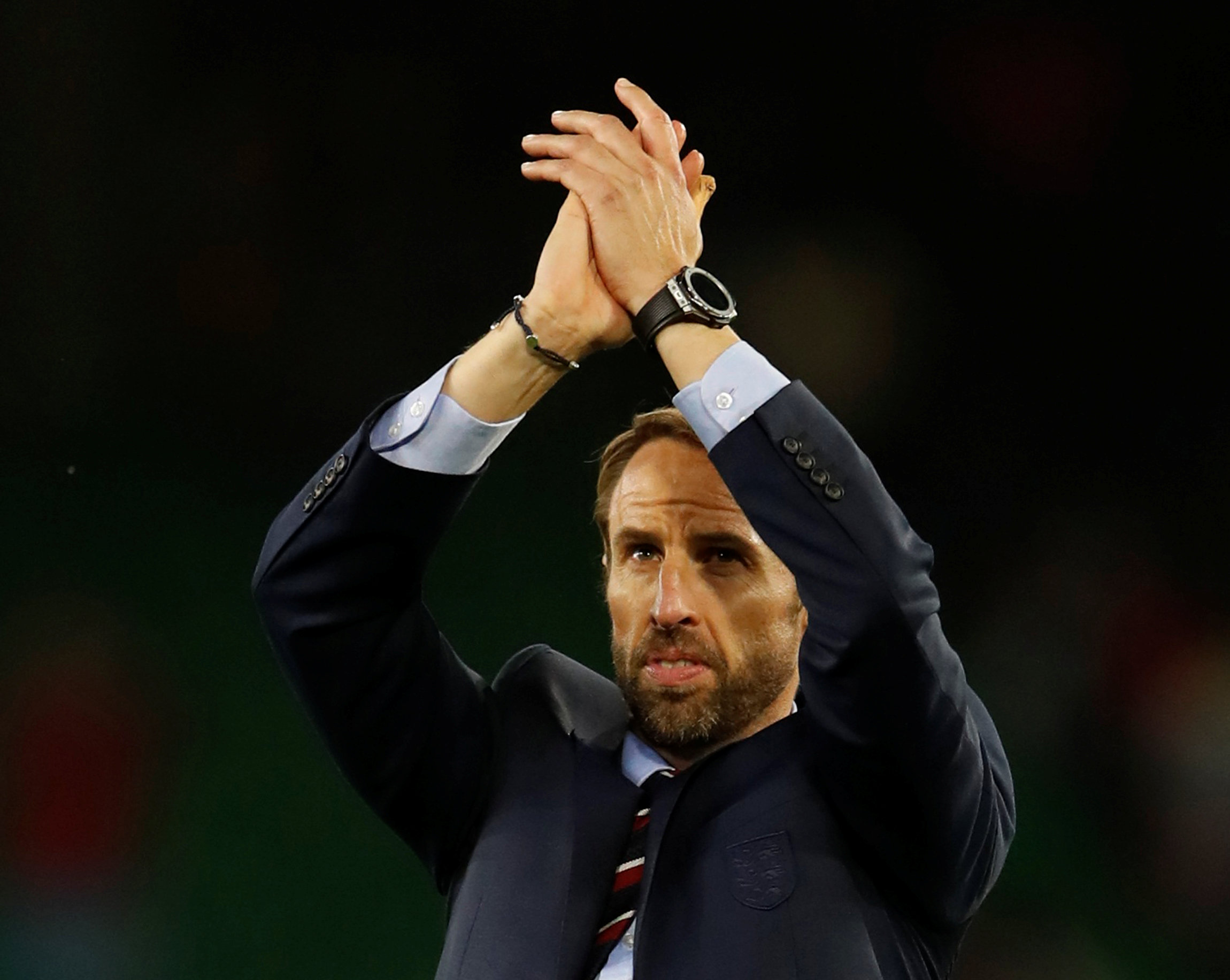 SEVILLE: England's Gareth Southgate praised his side for playing with courage and bravery to win 3-2 away to Spain in the Nations League on Monday and said the experience of beating one of the world's top sides would serve them well.
England ran riot to take a 3-0 halftime lead through Raheem Sterling's double and a Marcus Rashford strike although Spain substitute Paco Alcacer netted just before the hour and captain Sergio Ramos headed a last-gasp goal for the hosts.
"The quality of the performance was great, we played with courage, we used the ball with courage," Southgate told a news conference.
"When you come to an opponent with the quality of Spain, and try to outplay them, they'll unpick you as they did in the last seven minutes. We showed real quality, quality on the counter and quality in our finishes."
Although England defied expectations to reach this year's World Cup semi-finals, they have a poor record against stronger teams in competitive games -- their last major success having been a 5-1 win away to Germany in a World Cup qualifier in 2001.
"I think this is a great reference for the young players, you need wins and positive experiences to give you confidence for the future," added Southgate, who fielded England's youngest starting side this century.
"This helps with the ability to be able to talk to other players who come into the squad. We won't get carried away, we know there's lots to work on, we conceded two really poor goals but I think it will give them huge belief.
"It's one less question we have to answer. The World Cup was a brilliant experience for us, we've made a big step and we had an unprecedented run of fixtures after the tournament. We've played some of the top teams in the world and with a win against Spain and a draw against Croatia, we've made progress."
Rashford took part in England's run to the last four at the World Cup in Russia but ranked the win over Spain, which followed a goalless Nations League stalemate in Croatia on Friday, as his greatest victory with the national team.
"That’s the biggest win for us, it’s a great feeling, it has a huge effect on us," the Manchester United striker said.
"The key was to stay close together, which was very tough with them having a lot of the ball. In the first half we managed that, in the second not so much. There were a lot of positives but also some stuff we need to work on."