Unhappy gut? Some people suffer for years before seeing a doctor 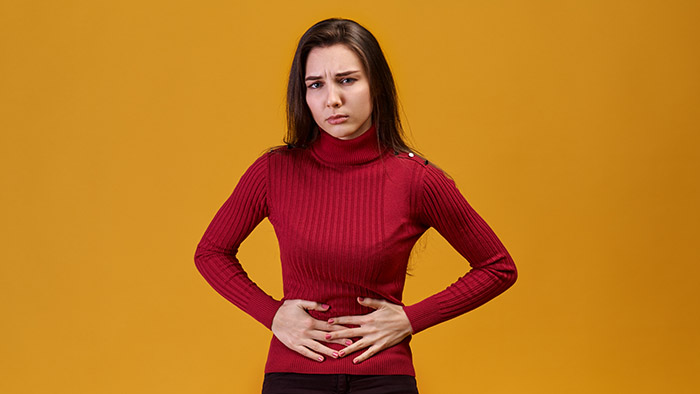 Abdominal pain? Diarrhoea? An estimated 16 million Americans live with a type of irritable bowel syndrome called IBS-D (the D stands for diarrhoea), and it affects both men and women almost equally. However, only 30 per cent of individuals consult a physician about their symptoms.
Why is that?
“People who experience symptoms of IBS-D can feel like their symptoms are not severe enough to seek medical attention or that there isn’t anything doctors can do to help,” says Dr Howard Franklin, vice president of medical affairs and strategy at Salix Pharmaceuticals. “But doctors want to hear about everything you are feeling so they can determine the underlying cause of your discomfort and help you find a treatment plan that is right for you.”
A closer look at IBS-D
Symptoms of IBS-D, which are different in everyone, include stomach pain and cramping, frequent diarrhoea, gas, bloating and an urgency to use the bathroom. Many people experience feeling frustrated, missing out on activities because of symptoms and avoiding situations where there is no bathroom nearby. IBS-D can be diagnosed based on symptom history, including:
• Abdominal pain at least one day a week during the last three months.
• More than 25 per cent of bowel movements are loose or watery (diarrhoea), and less than 25 per cent are hard or lumpy (constipation).
• Symptoms started at least six months ago.
What could be the cause? While the exact cause of IBS-D is unknown, and people may have IBS for more than one reason, an imbalance in the usual numbers and proportions of normally healthy bacteria in the digestive system (the gut microbiota) has been found in many people with IBS-D. The microbiota help digest and absorb food and work with the immune system as a barrier against other microorganisms that can cause disease. “One study of 109 patients with IBS showed that 73 per cent had an imbalance in their gut microbiota, compared with only 16 per cent of healthy people,” says Dr Franklin. “Other potential reasons may include previous gastrointestinal infection or food poisoning, communication problems between the brain and digestive system, a family history of IBS and other causes.”
Treatment options There is currently no cure, but there are treatments that can help with the symptoms of IBS-D. Lifestyle changes, such as eliminating certain foods and increasing exercise, could help. “Studies have shown that between 50 and 70 per cent of patients failed to respond to either fibre or antispasmodics as a treatment therapy,” says Dr Franklin.
“There are different types of prescription treatments for IBS-D. If one isn’t working, it’s important that patients ask their healthcare professional about trying a different medicine to find what treatment is right for them.” If you’re experiencing symptoms of IBS-D, don’t be afraid to talk to your doctor about all of them. This is the first step toward helping find a treatment plan and getting relief.