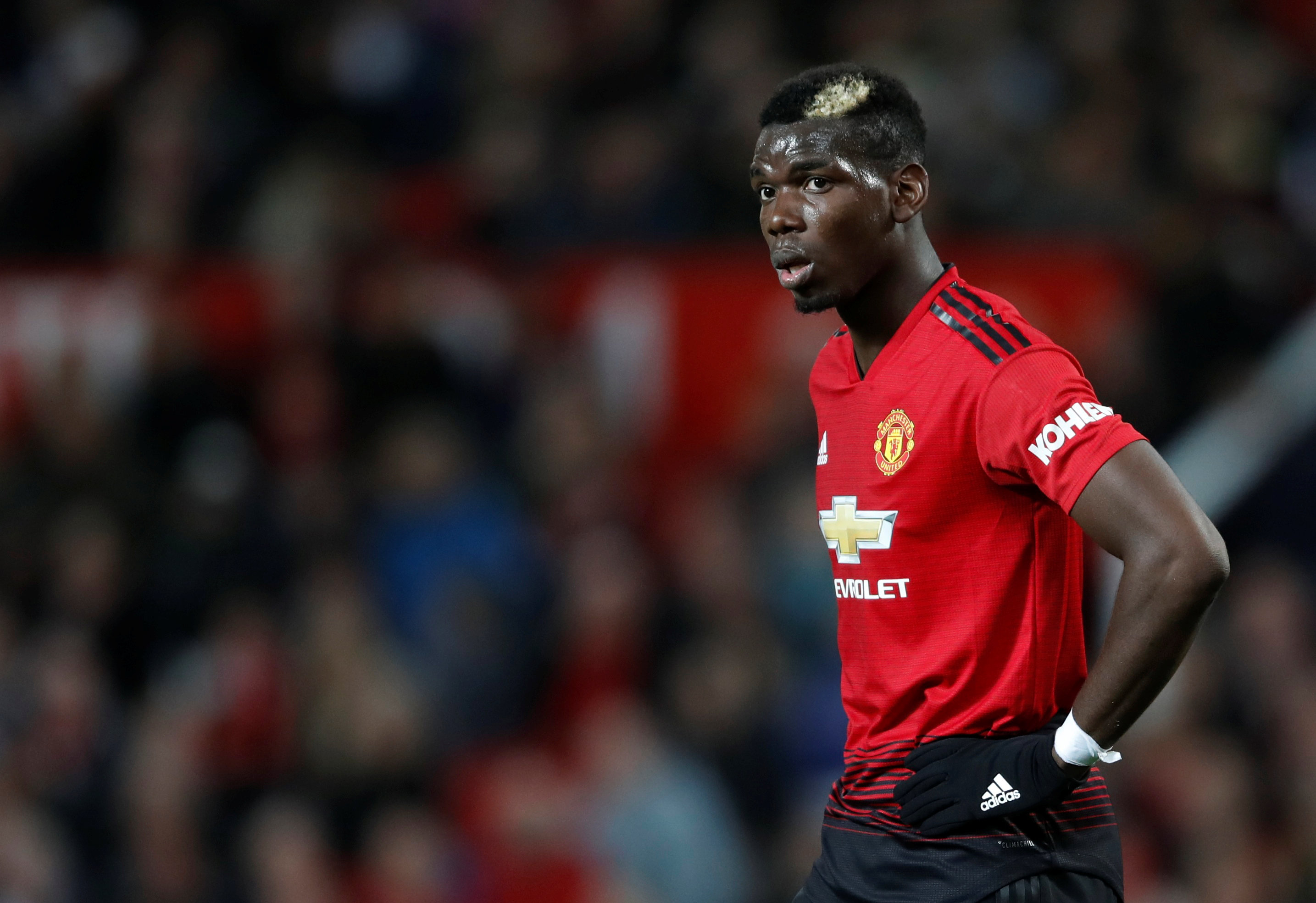 LONDON: Former Manchester United striker Louis Saha on Tuesday criticised French midfielder Paul Pogba for speaking out and undermining manager Jose Mourinho with his recent "attack, attack, attack" comments.
Following United's 1-1 home draw with Wolverhampton Wanderers in the Premier League last month, Pogba said United should be more attacking at Old Trafford.
Compatriot Saha, who played for the club between 2004-08, told Reuters the 25-year-old should keep his thoughts private.
"I think he (Pogba) has done it on purpose, and I don't think that is right," Saha, 40, said.
"It's the wrong communication, it puts pressure on the manager... with those talks you should do it in the dressing room with your manager.
"You know that people will question about it, so don't do it. This is my opinion and I would have said that to him, I would say 'No, that's not something to say because you are not the manager.'"
Saha was speaking to Reuters at the Emirates Stadium on the sidelines of the launch of the Association Football Development Programme Global, a social enterprise set up by former FIFA vice president Prince Ali bin Al Hussein of Jordan.
When asked if Pogba should instead do his talking on the pitch, Saha replied: "Exactly. You should be like 'I should score, score, score. I should pass, pass, pass'...
"So I don't think it was appropriate and I think (now) he understands that for sure. Whatever the situation, they have to sort it out because it's not good for the club, it's not good for themselves, it doesn't give them any space for mistakes so people are going to be on their backs."
Following Pogba's critique, media reports circulated that Mourinho was on borrowed time as United coach, especially after also being dumped out the League Cup by second-tier Derby County.
However, talk that he might be gone as early as last weekend were allayed after a late 3-2 comeback win over Newcastle United at home in the league.
Saha said that Saturday's performance, the club's first win in five matches in all competitions, showed that Mourinho is still the right man to lead the team.
The Frenchman, who scored 42 goals across five seasons at United, also urged more understanding from supporters and player-turned-pundit Gary Neville, who has been critical of his former side since the beginning of the season.
"Yes (Mourinho can turn it around). He's a clever man, there is definitely support within the club, there is definitely support from the players, they showed that at the weekend. They showed desire to come back in a difficult game. They showed quality," said Saha, who won two league titles at United.
"So this is not a problem of only having big players, just having the right dedication and the right tools at the right moment.
"Sometimes we talk about philosophy, so many people say 'Attack, attack, attack' - I get that, because I was a forward. But some games are different nowadays... Football right now is not what it was before.
"However, Gary Neville or the fans will sometimes say (attack more) not knowing all the factors. They have to really understand that there has been a change."
Fans' patience will be given a stiff test after the international break when United travel to Stamford Bridge on October 20 to face in-form Chelsea in the league, before a home match against Juventus in the Champions League three days later.