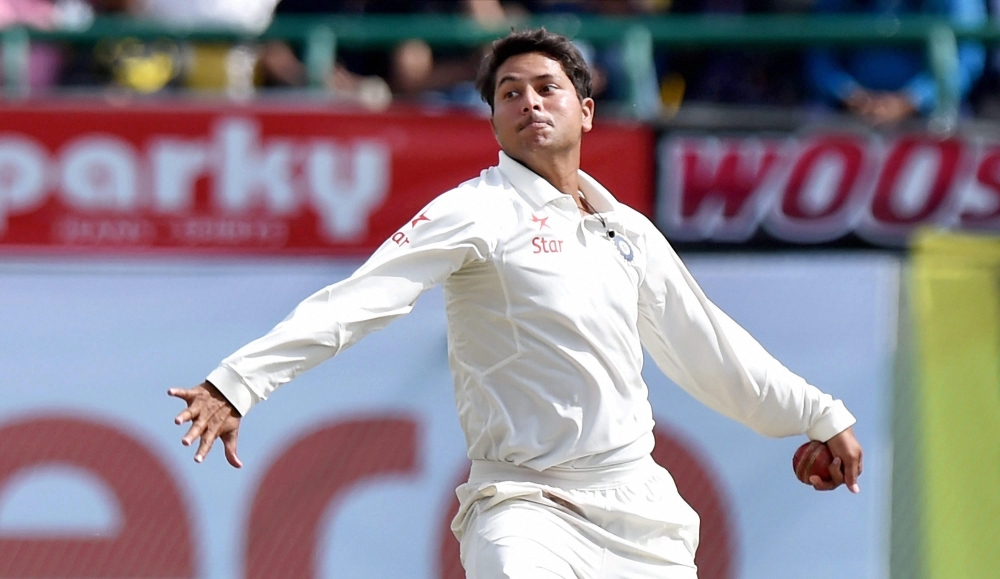 RAJKOT: India first subjected West Indies to the ignominy of follow-on and then crushed them inside three days to record their biggest victory -- by an innings and 272 runs -- in the first match of the two-test series in Rajkot on Saturday.
Left-arm spinner Kuldeep Yadav registered his maiden five-wicket haul in test cricket as West Indies succumbed to the guile of India's spin trio who shared the 10 second innings wickets among themselves.
India's comprehensive win, which bettered their victory by an innings and 262 runs over newcomers Afghanistan in Bengaluru earlier this year, put them 1-0 up ahead of the second test in Hyderabad from Friday.
Teenaged India opener Prithvi Shaw was adjudged man-of-the-match for his century on his test debut that helped India post a mammoth 649 for nine declared in their first innings.
"The kind of quality we have in the team, we understand that we will dominate in these conditions purely because we have done it so many times in the past," India captain Virat Kohli said.
"I'm happy that the guys put in a clinical performance. It was a very balanced game for us."
The spectre of the follow-on loomed large when West Indies resumed day three on a precarious 94 for six.
Overnight batsmen Roston Chase and Keemo Paul, who made 47, collaborated for 73 runs in their lone significant partnership in the first innings.
Chase brought up his half century with a glorious straight driven boundary before Ravichandran Ashwin hastened their collapse.
The off-spinner dismissed Chase, who made 53, and Sherman Lewis in the same over and then had Shannon Gabriel stumped for one as West Indies failed to get anywhere near the follow-on mark.
Asked to follow on, the tourists did hardly any better in their second innings as Kuldeep, Ravindra Jadeja and Ashwin laid bare their spin frailties.
Ashwin removed Kraigg Brathwaite for 10 for an early breakthrough and Kuldeep then hollowed out the West Indies top and middle order.
The left-arm wrist spinner trapped Shai Hope lbw before dismissing the reckless Shimron Hetmyer and the scoreless Sunil Ambris in the same over to put the tourists on the mat.
Kieron Powell made a counter-attacking 83, which included four sixes, but it counted for little in the end.
"Credit to India, they played well and showed us how to bat," said Brathwaite, who led West Indies in absence of injured regular skipper Jason Holder.
"Obviously we're quite disappointed. As a batting unit we didn't get any partnerships put together and that cost us."
Brathwaite said he was not sure if Holder, nursing an ankle injury, would be fit for the second test.