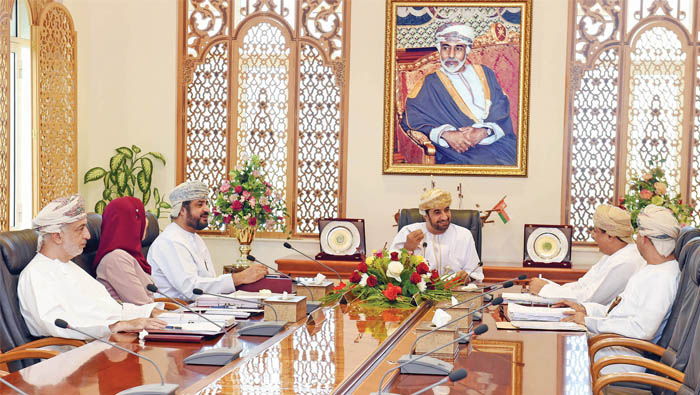 Muscat: The Civil Service Council on Sunday held its third meeting of the year under the chair of Khalid bin Hilal bin Saud Al Busaidi, Minister of the Diwan of Royal Court and Chairman of the Civil Service Council.
The meeting reviewed the report on the follow-up of the measures taken to implement the decisions and recommendations of the Council issued at its second meeting of 2018. The agenda items were then reviewed.
The Council discussed a memorandum on the report prepared by the Ministry of Civil Service on the efforts to Omanise non-Omani jobs in the civil service sector in the light of the Ninth Omanisation Plan (2016-2020), praising the cooperation of the various governmental units in this regard.
Omanisation percentage was 100 per cent, in a number of government units with a total modernisation rate of 87.3 per cent at the end of 2017 in Civil Service Sector.
The Council discussed a number of topics referred to it by various governmental bodies related to the organisation of the employment status of certain categories of employees in accordance with the terms of reference of their employees and the duties and responsibilities of their jobs. It also discussed requests by some governmental entities regarding recruitment and contracts for certain technical jobs in accordance with the term of reference of the council.
During the meeting, the Council also reviewed a number of other topics on its agenda which were received from various ministries and government units and took appropriate decisions and recommendations in their regard.