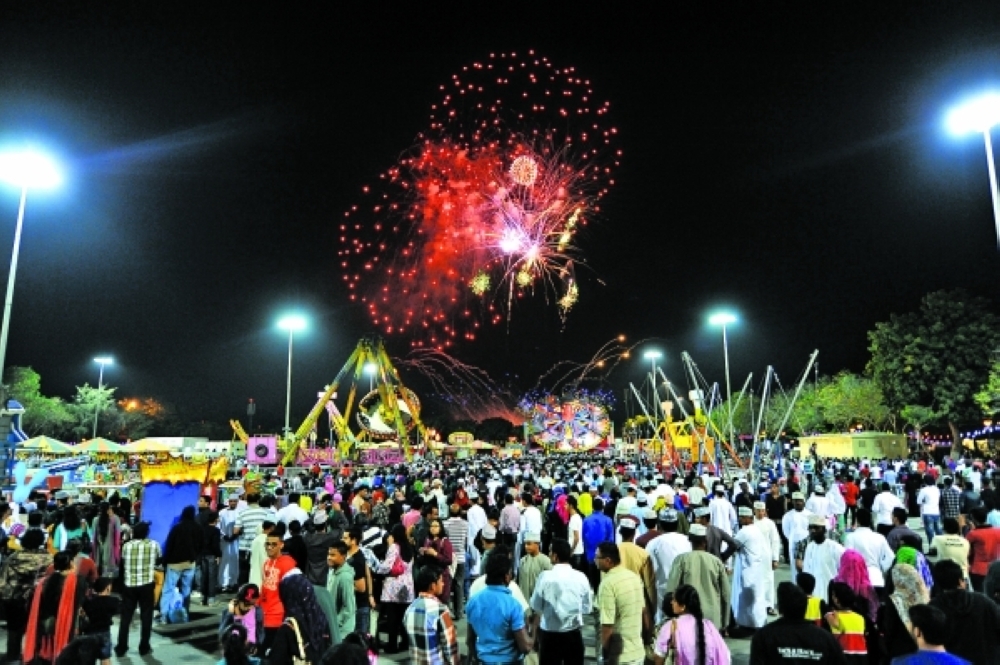 Muscat: The dates for Oman’s annual Muscat Festival have been released by the Muscat Municipality. According to officials, the 29-day festival will start on January 10, 2019, and will end on February 9, 2019.
People can visit the festival from 4pm to 11pm every week and the event will go on until midnight on weekends.
In a build-up to the festival, the municipality has invited companies, which wish to set up stalls, to approach them. Companies need to submit their plans to set up these stalls to the organisers at their headquarters in Ruwi on or before October 1.
An official from the Muscat Municipality said, “Events desired to be offered at the festival must be new and interesting. Applicants should determine the area where the event will be hosted, and the financial amount given to the municipality in return for the site.
“The income from the event will go to the implementing company and 10 per cent of the entry ticket fees of the stall will go to the municipality.”
“Proposals should be submitted in an integrated manner, including an explanation of the general idea of the show or event, in addition to providing CDs, brochures, photographs, and illustrations about it, and a detailed statement of the company’s financial obligations and investment. They also need to be willing to give a visual presentation if the festival committee requests the same,” the official added.
Throughout the duration of the festival, Muscat Municipality will provide logistical support and advertising, as available. All proposals are also subject to evaluation from the Municipality and a mere submission of the proposal does not constitute an approval of the same.
Applicants should also provide proof of intellectual property rights of the events they will be organising where applicable. Offers to set up trade fairs and marketing stalls, games of an electronic nature, as well as those that involve some sort of projectile, such as archery or shooting, will not be permitted.