Fire breaks out at workers' accommodation in Oman 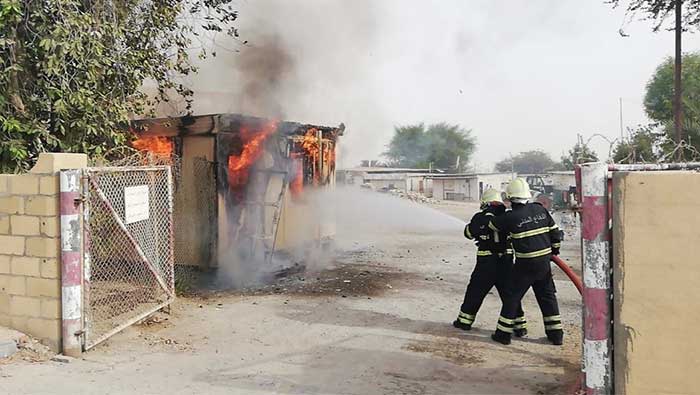 Muscat: A fire that broke out at a workers' accommodation caravan in Bausher was successfully extinguished with no injuries reported, according to the Public Authority for Civil Defence and Ambulance (PACDA).
In a statement online, the authority said, "Immediately after being notified by the operations centre within the PACDA, firefighters from the Civil Defence Centre in Bowsher were dispatched to the site and began to extinguish the fire and prevent it from spreading, with no injuries as a result."
The blaze occurred in the Al Muna area of Wilayat Bausher. PACDA called on the owners of establishments and contractors to take precautions and comply with all safety requirements issued by its Civil Protection Department.