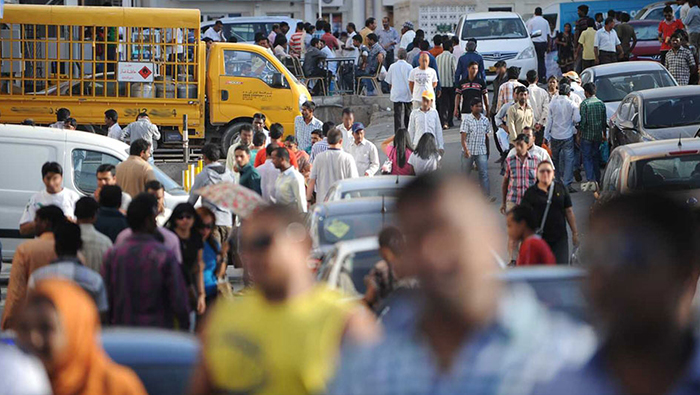 Muscat: Remittances by expat workers from Oman to their home countries declined for yet another year, a report by Central Bank of Oman (CBO) disclosed.
Observers credit the Sultanate’s policy of lowering the threshold wage for bringing in family dependents from OMR600 to OMR300 for the development. This, they say, has caused more expats to spend locally on their families.
According to the report, residents sent back OMR3,774 million for expenses back home in 2017, compared to OMR3,965 million in 2016. The figure for 2015 had been OMR4,226 million.
“The current transfers (mainly workers’ remittances), another major outflow under the current account, recorded improvement with a decline of 4.8 per cent during 2017.
“The lower remittances during the year may be attributed to increased domestic consumption by the expatriates and a muted growth in expatriate employment, especially in the private sector.
“The change in policy for family dependents reduced the threshold minimum wage from OMR600 to OMR300 for expatriate workers to bring their families. The ratio of outward remittances to total merchandise export earnings also decreased significantly to 29.8 per cent in 2017 from 37.4 per cent in 2016 due to a sharp jump in the export earnings,” the CBO report said.