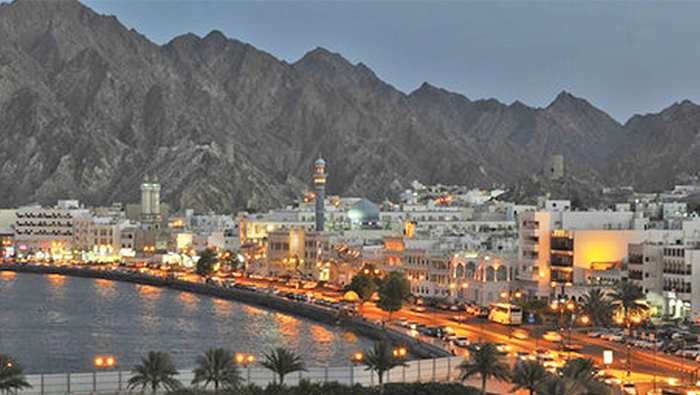 Seattle: TCS World Travel, based in Seattle in the United States of America (USA), has chosen Oman as the first stop on its upcoming Lands of Merchants and Maharajas journey.
Tim Ryan, Director of Product Development at the TCS World Travel said in a report published by AFAR website, for millennia, frankincense was a valuable commodity along ancient trade routes, coveted by merchants. Much of the finest incense, perfume, and oil created from the resin comes from Oman.
The report added, “A stable and welcoming monarchy on the Arabian Peninsula, Oman promises visual and cultural delights. Perhaps because its non-glitzy capital, Muscat, offers an appealing contrast to the capitals of some of its booming neighbours, Oman is only now starting to show up on the tourism radar. That’s good news for visitors — it is still possible to experience the leisurely Omani lifestyle”.
Having recently scouted Oman, Tim Ryan, TCS World Travel’s Director of Product Development, saw for himself how this sparsely populated nation enjoys a diverse and rich landscape, which may surprise those who think of it as a desert kingdom. With coconut palms swaying off of Salalah’s beach resorts in the far southwest, you could easily imagine you were in the Caribbean. But just inland, the great Empty Quarter desert begins. This is the UNESCO World Heritage-designated Land of Frankincense, where the country’s Boswellia sacra trees are tapped for their resin. At Oman’s far northern Strait of Hormuz tip, the Musandam Peninsula is an exclave with rugged peaks and countless islets that draw whale and dolphin watchers.
Authentic experience
For an authentic experience in Muscat, Ryan recommends the busy and historic Muttrah Souq where you can pick up your frankincense, or purchase a curved silver khanjar dagger. Its harbour-front location is a reminder that this crossroads nation has absorbed cultural influences from Africa, India, and Persia.
Don’t miss a visit to the Grand Mosque — one of few in the Middle East open to non-Muslims—for its stunning golden dome and decorative tile mosaics. It might come as a surprise to discover that a gleaming-white structure built a few years ago is the world-class Royal Opera House Muscat.
The report further said from Muscat, it’s a mere two-hour drive inland through the the Governorate of Al Batinah to Nizwa where yet another world unfolds.
Ryan appreciates the historic town for its imposing 17th-century turreted fort and true local flavour. At the livestock market, you might be tempted to bid on a cow, goat, or sheep. Browse the souq for silver crafts, copperware, pottery, and to stock up on delicacies, from coffee and dates to traditional sweets, locally known as “halwa”.
Moving further from the breezy coast takes you into the lunar-like landscape of the rugged Al Hajar Mountains, where Jebel Shams peak rises nearly 10,000 feet out of the desert. Ryan suggests driving in Land Cruisers or going off-roading for stunning views. In the Jebel Akhdar (Green Mountain) locals tend precipitous terraced rose gardens to produce the fragrant rose water for which Oman is also famous. In the quiet mountain air, you can take in the mellifluous sound of the muezzins’ call to prayer coming from village mosques.
You might hike wadis, the narrow canyons with palm groves and deep pools out of which water flows into the ancient irrigation system called “aflaj,” five of which collectively form another of Oman’s UNESCO World Heritage Sites.
“In an oasis at the northern base of the mountains, Nakhal and its restored fort museum are surrounded by date palms. Outside of town, Ain Al Thowarah hot springs is just the place for visitors to wrap up their captivating Oman journey with a soak in the therapeutic waters,” the report concluded.