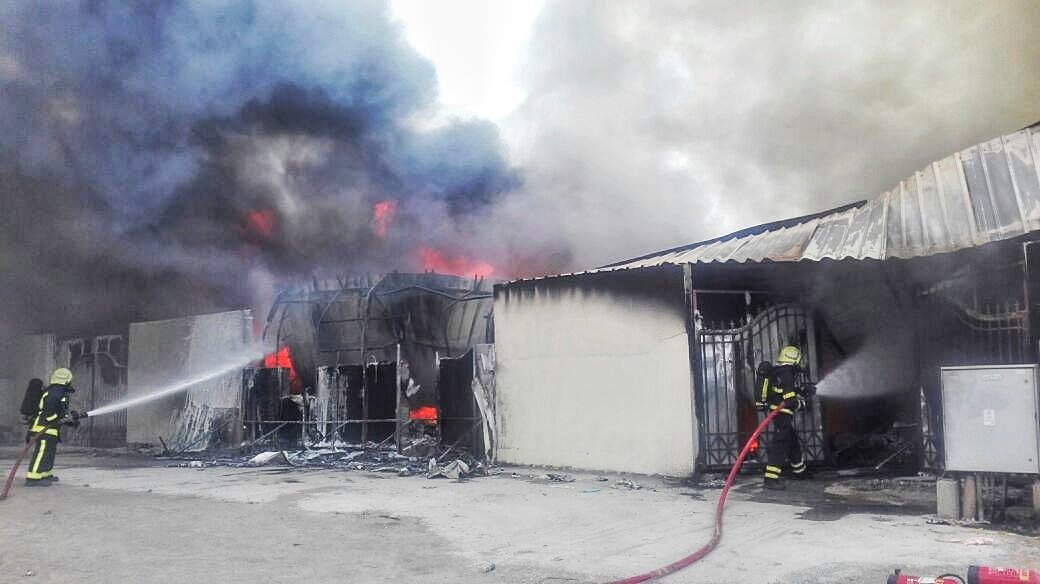 Muscat: An expat of “Asian nationality” has died in a fire that started in a furniture warehouse, the Public Authority for Civil Defence and Ambulance (PACDA) announced.

According to officials, the fire started in a warehouse in the Wilayat of Barka, Al Batinah Governorate. While no information on what caused the fire was made available, firefighters revealed that there was significant damage to property.
**media[909122]**
In a statement online, PACDA said, “The fire brigades of the Authority managed to control the fire that broke out in a warehouse of furniture in Barka industrial area, resulting in property losses and the death of one person of Asian nationality.”