Body of teenage boy missing at sea in Liwa found 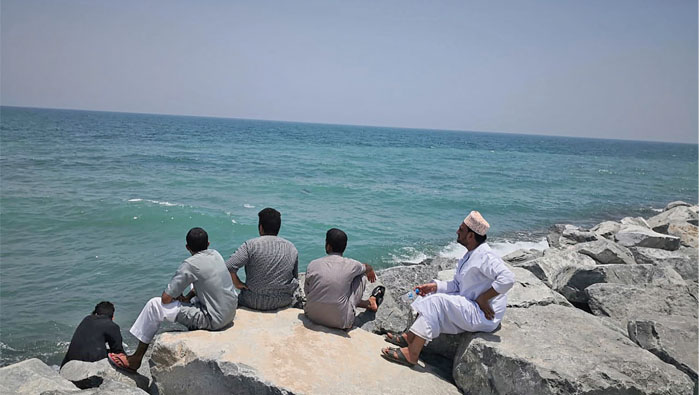 Muscat: A 17-year-old Omani has been found dead after he was reported missing at sea on Tuesday afternoon, authorities have confirmed.
Abdullah Al Busaidi said goodbye to his family on June 26 to go on a trip to the beach, then a day later was found dead after drowning in the sea in the Wilayat of Liwa.
“He [Abdullah] and his friends went on a regular trip. As they were playing, they found a plank of wood, and they decided to get on to the plank which took them into the sea. It seemed like they drifted further than expected,” Ibrahim, Abdullah’s uncle, told Times of Oman.
According to his family, Abdullah knows how to swim but not skilfully. “His friends told his family at approximately 5:30 pm, then called the police immediately,” added Ibrahim.
Rescue workers found a body at around 9pm on Wednesday evening. The Royal Oman Police have confirmed the death of the seventeen year old.
The Public Authority for Civil Defence and Ambulance (PACDA) announced on Tuesday evening that they had received “a report about a person who drowned in the ocean in the Wilayat of Liwa” but no details on how the incident occurred were shared by authorities.
The marine rescue team from the department in Northern Batinah were immediately dispatched to the location.
On Wednesday morning, PACDA released an update on the search and said, “The rescue operation is still underway since the morning, after [search] efforts had to be stopped at night due to difficulties [because of low vision].”
As soon as the news was released, members of the community all joined hands to search for Abdullah.
“We really appreciate the efforts of everyone, the Public Authority for Civil Defence and Ambulance, the Royal Oman Police, volunteer divers from Liwa and Sohar, fishermen and locals who are here trying to find him,” said a family member.
Ali Al Ajmi, the Sheikh of Makhifa area in Liwa, spoke about how much it meant to be part of the search. “The search process is important to me because Abdullah is from my community and I consider him as one of my children, he is polite and comes from a respectful family.
“He is always so warm and bubbly and we were just recently celebrating Abdullah’s graduation, and we gave out sweets and candy.”