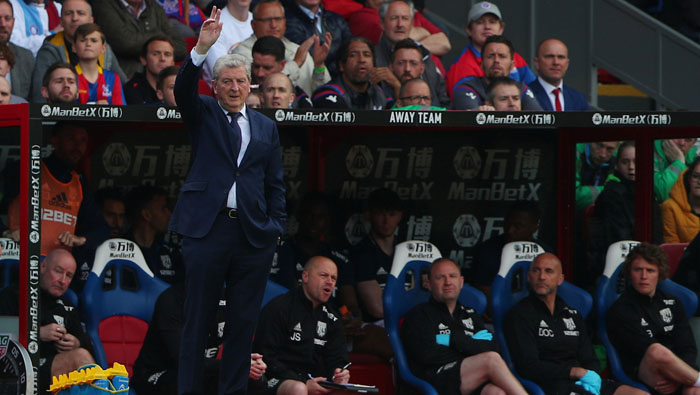 London: Crystal Palace must retain key players and buy quality additions to their squad if they are to improve on this season's Premier League performance, according to their manager Roy Hodgson.
Palace started the season with seven consecutive defeats under former boss Frank de Boer before Hodgson took over in September and they cruised to a 2-0 win over relegated West Bromwich Albion on Sunday to finish 11th in the table.
"We want to keep the nucleus of this team together and hopefully strengthen in one or two areas to make certain that next season we can finish 11th again, which if we do will be a good achievement," Hodgson told Palace's website https://www.cpfc.co.uk.
"We have to be satisfied with that because we have modest expectations at the moment."
Former Liverpool and England manager Hodgson is determined to keep influential winger Wilfried Zaha, who scored nine goals and played in all Palace's 11 league wins in the season.
"Wilf knows exactly how we value him as a player and as a person because he's an important figure for us... ," he added.
"He has a long-term contract and is one of our best paid players, and the last thing on anyone's mind here is letting him go.
"As far as I'm concerned, until a day comes where an offer is made that the club accepts, that speculation can wash over my head."