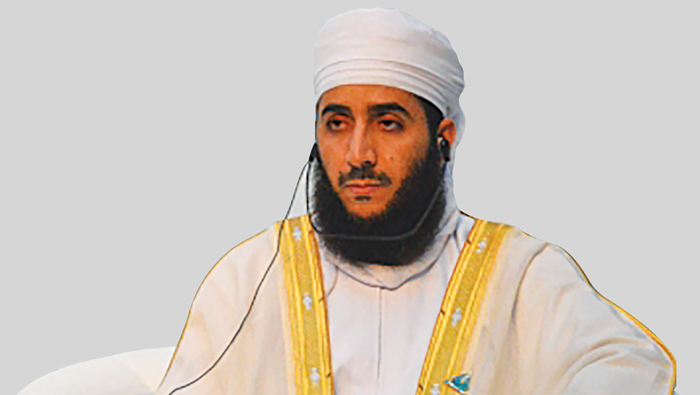 Muscat: One of Oman’s most senior religious leaders has said that using personal connections for self-promotion and advancement is wrong and harms the society.
The concept of wasta, or the use of personal connections for professional gain, has been followed by many in the Middle East, but the Assistant Grand Mufti of Oman, Sheikh Kahlan Al Kharusi, has asked people to work with honesty and integrity.
“There can be no exaggeration of the impact of financial and administrative corruption in undermining the pillars of the society, destroying countries,” he said, in an extensive interview with the Times of Oman. “Such corruption will lead to the collapse of countries.”
“The prevalence of the practices that we call wasta, which also include bribery and corruption, is an incurable illness which destroys societies’ foundations in the political, financial, economic, educational, judicial, media, religious and audit fields,” said Al Kharusi.
The Assistant Grand Mufti stressed that wasta was in direct conflict with the societal foundations of honesty, justice, truth and integrity.
“When wasta, bribery and favouritism penetrate into our society, they go against our fabric and against the principles of justice and honesty, trespass other rights. This results in a lack of justice, and leads to abhorrence and enmity,” he said. “The Islamic principle is the principle of justice and rights and duties, and that all people are equal in front of justice and the judiciary.”
“The results of contemporary studies, which showed the impact of corruption in the administrative, financial and manpower sectors, only emphasised what was found in Sharia laws,” added Al Kharusi.
“The spread of corruption and prevalence of administrative flaws in societies lead to the failure and collapse of the systems in these countries.”
He was also quick to point out the dangerous problems that would arise due to wasta.
“Such corruption will lead to the emergence of extremism, sectarianism, and parties, which will propagate the weakness of the nation,” added Al Kharusi.
“More than 1,000 billion (around OMR385 billion) goes towards bribing people every year, according to the World Bank. Sadly, the Arab World has a big portion of its money wasted towards bribery.”
“Many countries suffer from chaos and deterioration of security as a result of the administrative and financial corruption in the systems of these countries,” he explained.
“People will unfortunately be familiarised with this corruption. It will be part of them, which is the worst for the society.”
“The religious aspect of this is also very important,” stressed Al Kharusi.
“There is a flaw in the systems and legalisation, as there are many complications, which prohibit people who are affected by wasta from getting their rights easily. All of us must deal with such corruption in very strict manner.”