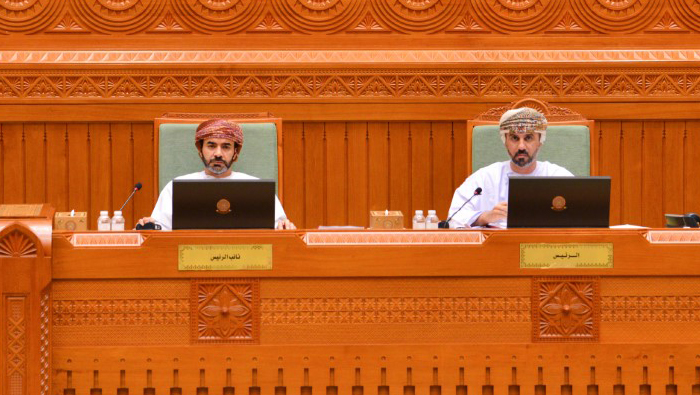 Muscat: Majlis Al Shura on Wednesday held its 17th regular session of the third annual sitting (2017-2018) of the eighth period (2015-2019), under the chair of Khalid bin Hilal Al Ma’awali, Chairman of Majlis Al Shura.
The meeting dealt with the report of the Economic and Financial Committee on the draft law on mineral wealth referred by the Council of Ministers and decided to refer it to the State Council in accordance with article 58 (Rep.) (38) of the Basic Law of the State.
During their discussions of the draft mineral wealth law, the members of Majlis Al Shura stressed the importance of encouraging investment in this sector by the local community institutions so as to contribute to achieving more revenues for the national economy and its importance in providing the state treasury.
The meeting also recommended increasing the contribution of the mining sector from 1 per cent to 3 per cent of the total annual production.
The meeting also discussed the report of the study of the Economic and Financial Committee on the performance of some government companies.
The report of the study was reviewed by Dr. Saleh bin Said Messan, Head of the Committee and its Rapporteur at the session.
Market economy
The aim of the study is to identify the achievements of government companies and obstacles to their role in supporting the economic activity in the country in light of the market economy policy adopted by Oman and under the pillars adopted in the development strategy (Oman 2020) and successive development plans prepared within it.
The study dealt with the criteria of evaluating the performance of companies, financial statements and government subsidy for government companies for the years 2012-2015 and the application of governance.