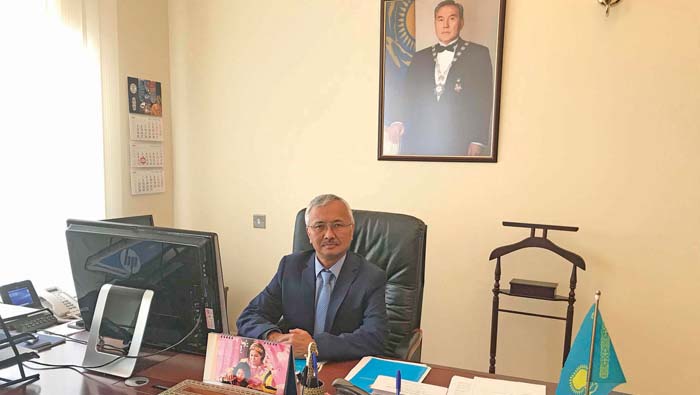 Muscat: Omanis and expats can catch a glimpse of Kazakhstan’s unique culture and history during the Kazakhstani Film Week, which kicks off in Muscat in the first week of May.
Organised by the Embassy of Kazakhstan in Oman, two of the Central Asian country’s most acclaimed movies will be showcased for free for Omanis.
Speaking to the Times of Oman, Ambassador Yerzhan Mukash said, “The goal is to strengthen bilateral relations in the field of cinematography and let audiences in Oman learn more about what Kazakhstan’s film industry has to offer.”
‘Kazakhstan Film Week’ will officially open on May 2 with the screening of “Road To Mother”, a critically-acclaimed drama directed by Akan Satayev (producer Aliya Nazarbayeva).
The movie was selected as Kazakhstan’s submission for the Oscars for the “Best Foreign Language Film” in 2017, winning plaudits for its incredible story and setting. Satayev, who also directed the renowned action flick “Myn Bala”, tells the story of the power of a mother’s love, which endures the challenges of turbulent times. The story spans across the 1930s to the present day, with a focus on the effects of collectivisation, war and the postwar years on the Kazakh people.
‘The Diamond Sword’
“The second film, “The Diamond Sword”, will be shown on May 5,” said Mukash. Likened to the hit HBO television show “A Game of Thrones”, “The Diamond Sword” tells the story of the Kazakh Khanate’s formation more than 500 years ago.
Set in 1550, the movie is based on the novels “Nomads” by Ilyas Esenberlin, and gained international recognition for its historically accurate and elaborate costume design and battles. The movie gained an international following after its initial release in 2017.
The film week will be followed by a photo exhibition in Muscat to commemorate the 20th anniversary of the city Astana’s designation as the Kazakh capital.
Over the years, Astana has become a symbol of the country’s independence and the successful implementation of the initiatives of the President of Kazakhstan, Nursultan Nazarbayev.
Set to be held in early July, the exhibition will focus on Astana’s brilliant architecture, rich culture, and renown as a city of the future designed by world-renowned architects such as Sir Norman Foster and Kurosawa Kisho.