ROHM participates as sponsor at International Opera Awards in London 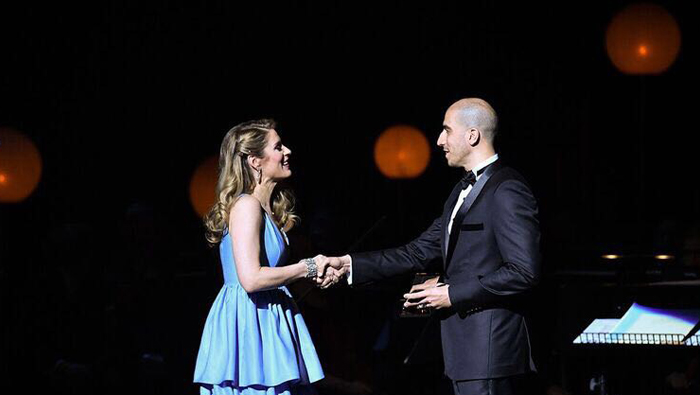 Muscat: Marking another milestone on the world stage, the Royal Opera House Muscat (ROHM) participated in the prestigious International Opera Awards as a special category sponsor.
The 2018 International Opera Awards, sponsored by Mazars and presented in association with BBC Radio 3 and Opera Magazine, took place on April 9, at the London Coliseum, hosted by BBC presenter Petroc Trelawny.
The awards featured world-renowned opera stars perform live, to orchestral accompaniment.
Founded by opera lover and philanthropist Harry Hyman, the awards celebrated established stars, while also supporting the next generation of talent through its charity, the Opera Awards Foundation.
Representing ROHM at the International Opera Awards, His Highness Sayyid Kamil bin Fahd bin Mahmoud Al Said, Assistant Secretary General for the Cabinet of the Deputy Prime Minister for the Council of Ministers and Member of the Board of Directors of the Royal Opera House Muscat, addressed the audience and ceremonially conferred the award to soprano Malin Byström in the Female Singer category sponsored by ROHM.
Privilege
Al Said said, “It is an honour and privilege for ROHM to play a role in the magnificent International Opera Awards ceremony, which celebrates excellence in all domains of opera. It is also in keeping with His Majesty Sultan Qaboos bin Said’s vision of the Royal Opera House as ‘playing a constructive role in the dialogue among civilisations... fostering ties of friendship and collaboration that...support the noble ideal of peace and understanding among all people’. The performing arts can play a significant role in contributing to world harmony, as they are a powerful means of communicating across cultures.”
ROHM has a track record of supporting opera on a global scale, for example, in celebrating the bicentenaries of Giuseppe Verdi and Richard Wagner in 2013; paying tribute to Pavarotti in 2017, the 10th anniversary of his passing; and now, participating in the International Opera Awards.
BBC Radio 3 will broadcast the highlights of the awards.