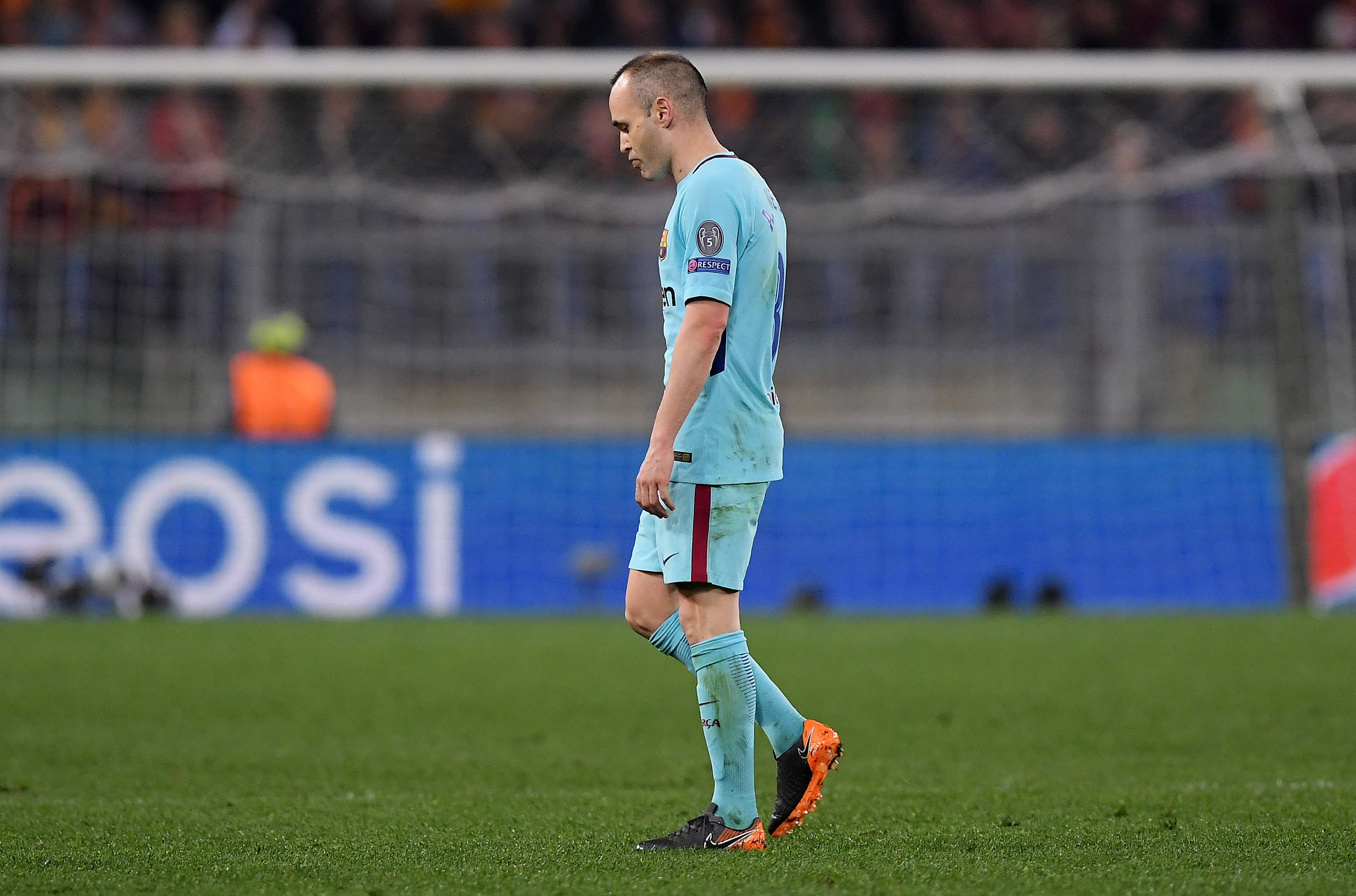 Rome: Barcelona midfielder Andres Iniesta was struggling to accept his side's shock 3-0 defeat at AS Roma which knocked them out of the Champions League on away goals on Tuesday, while Sergio Busquets called the elimination the worst moment of his career.
Barca's passage into the semifinals looked assured after they won the first leg 4-1 but they gave their worst performance this season at the Olympic Stadium and went out to goals by Edin Dzeko, a Daniele De Rossi penalty and a Kostas Manolas header.
"It's painful because no one expected this after the advantage we had but you realise what the reality of the Champions League is like when you do things badly, when you make lots of errors, when you don’t adapt to the game," a visibly distraught Iniesta told reporters.
The defeat saw Barca knocked out of the Champions League at the quarterfinal stage for the third season in a row and derailed their hopes of winning the treble.
"It's difficult to accept this elimination because we had a lot of hope for this season and once again it (the Champions League) has escaped us," the midfielder added.
"It's a very big disappointment after the great season we have had. Right now we feel awful."
The Barca captain has hinted he may leave his lifelong club at the end of the season and move to the Chinese Super League which he said "makes this hurt even more".
Busquets was even more scathing than Iniesta in his criticism of the performance.
"It's a very tough night, a sad night and one to forget, we need to apologise to the fans for how we have fallen," the midfielder said.
"This is the toughest blow I've received in the whole time I've been at Barca because of how it happened."
Five-time European champions Barcelona were also beaten 3-0 at the quarter-final stage last season at Juventus.
"I would be lying if I said we could use this as a learning experience because last year we went out in a similar way," added Busquets.
"Our results in Europe in the last two years have been very bad, we have to change things if we want to win the Champions League again."