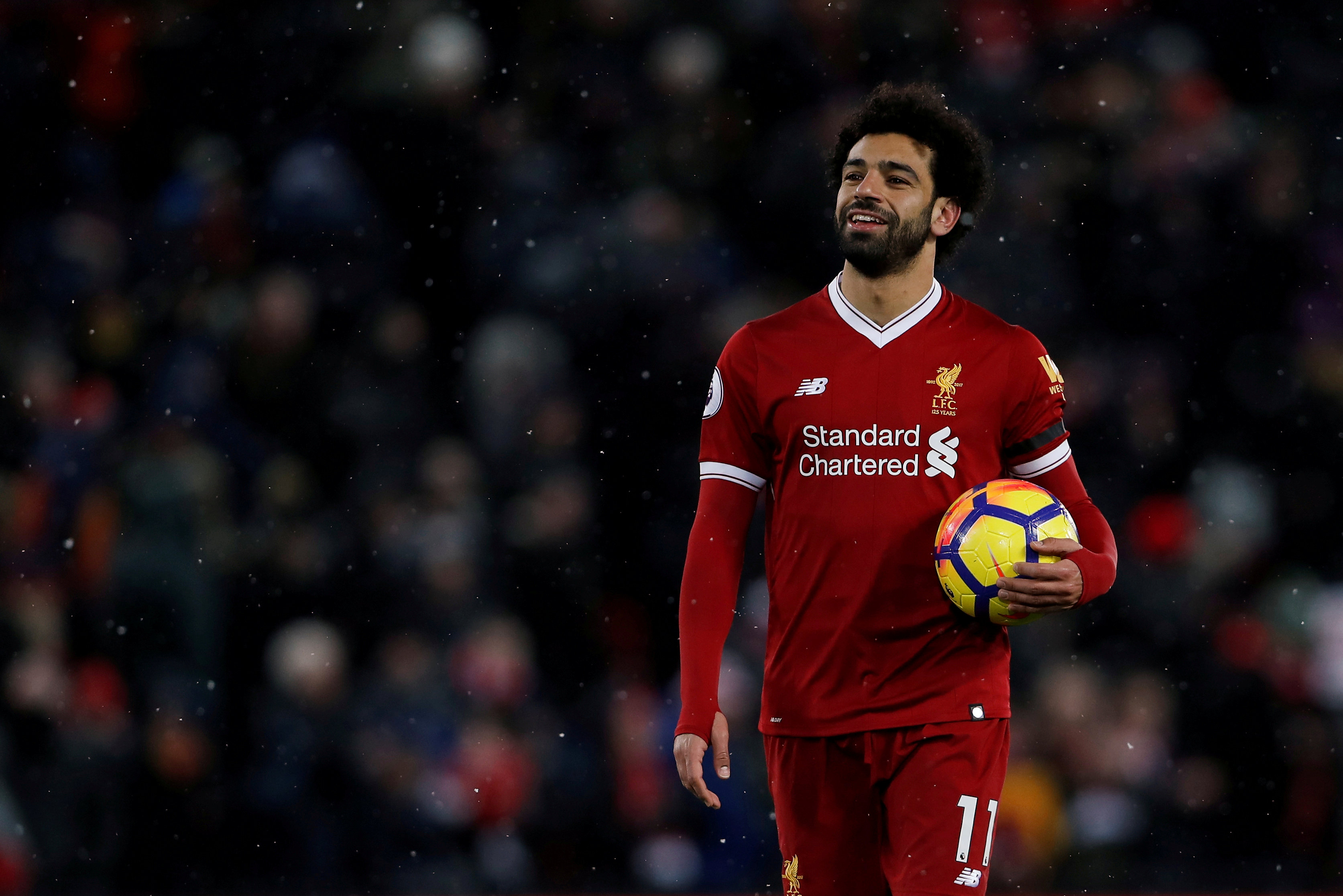 London: Mohamed Salah's goalscoring exploits this season are having a similarly positive impact at Liverpool to that of Luis Suarez had when the Uruguayan was at Anfield, according to club captain Jordan Henderson.
Manager Juergen Klopp said Salah was close to the same level as Barcelona's Lionel Messi after the Egyptian scored four goals in Saturday's 5-0 league win over Watford, taking his tally to 36 goals in 41 games in all competitions.
The 25-year-old's prolific debut season has also led to comparisons with Suarez, who moved from Liverpool to Barcelona in 2014 after helping the Merseyside club come close to winning the league title with 31 goals in 33 matches.
"They are both fantastic players in their own right and you can't compare them," Henderson said.
"They are different players. I know they score a lot of goals and both work hard off the ball but it is very difficult to make that comparison.
"Luis moved on to Barcelona and is doing fantastically well. He is a fantastic player who I was privileged to play with.
"But Mo this season has been unbelievable. Absolutely unbelievable. He is doing it every week, without fail."
Henderson believes that Salah's strike rate this season has given Liverpool's other players the assurance of knowing there will usually be an end product to all their hard work, much as they had when Suarez was leading the line.
"It's the confidence," Henderson added. "You have someone like Mo who does the hardest part of the game, which is putting the ball in the back of the net.
"Then, as a team, if we work as hard as we possibly can, Mo (is) going to finish it in the final third. We had that with Luis. You know when you are walking out there are so many goals out there for you."
Liverpool booked a Champions League quarterfinal tie against league rivals Manchester City last week following their 5-0 aggregate win over Porto in the last-16.
Klopp's team are third in the league, two points behind second-placed Manchester United having played one game more, and travel to Crystal Palace on March 31.