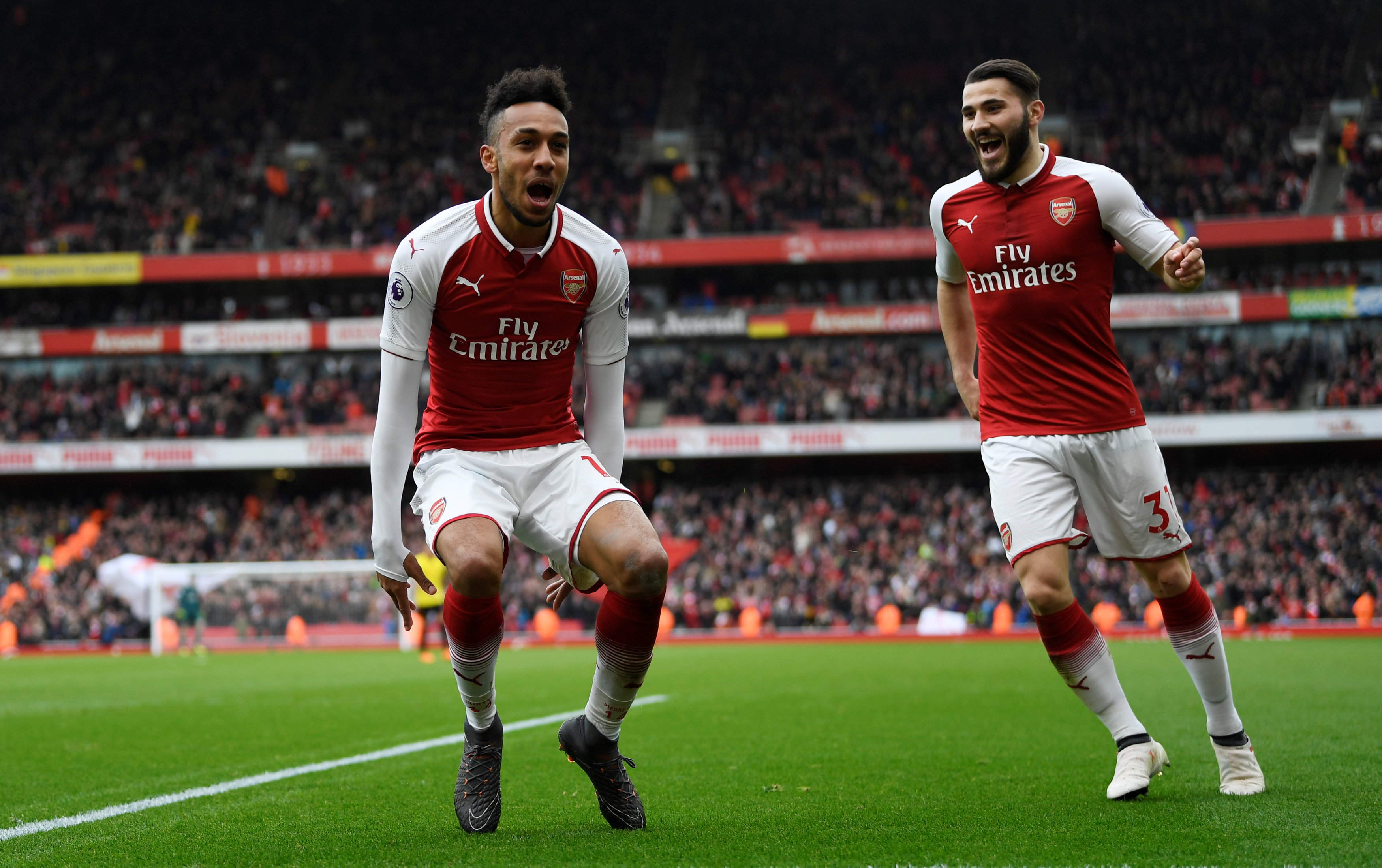 London: Arsenal eased their way past Watford 3-0 in the Premier League on Sunday, marking their first clean sheet in 12 league matches and settling nerves at the Emirates after a string of losses in 2018.
The win leaves Arsenal 10 points off Champions League qualification in sixth place in the standings, while Watford stay in 10th.
"It was a convincing win. It gets us out of that negative spiral that we were in," Arsenal manager Arsene Wenger told reporters.
Prior to their midweek 2-0 away win over AC Milan in the Europa League, the Gunners had lost four games in a row in all competitions, including back-to-back 3-0 drubbings by runaway Premier League leaders Manchester City.
"In one week we got from hell to heaven," Wenger said.
Arsenal's German defender Shkodran Mustafi opened the scoring in the eighth minute, heading home from a Mesut Ozil free kick for his third goal of the season and the home side's 1,000th of the Premier League era.
Watford pressed Arsenal back into their own area as the first half came to a close, but they were unable to equalise.
Pierre-Emerick Aubameyang doubled the lead just short of the hour mark, running onto a pass from former Borussia Dortmund team mate Henrikh Mkhitaryan and rounding the keeper to slot the ball home.
A minute later Watford won a penalty when Ainsley Maitland-Niles was deemed to have brought down Roberto Pereyra in the area.
But Petr Cech got his fingertips to Troy Deeney's spot kick, nudging the ball onto the post and back out, to roars of approval from the home crowd. The save helped the Czech stopper achieve his 200th clean sheet in the Premier League.
Aubameyang then turned assistant for Mkhitaryan in the 77th minute, passing the ball across the front of the goal for the Armenian to smash the ball home from close range.
"I'm disappointed because I can't believe today we don't score a goal. We conceded an early goal and then everything changed," Watford manager Javi Gracia said at a post-match news conference.
"In the second half we created more chances, but after their second goal it was very difficult for us."