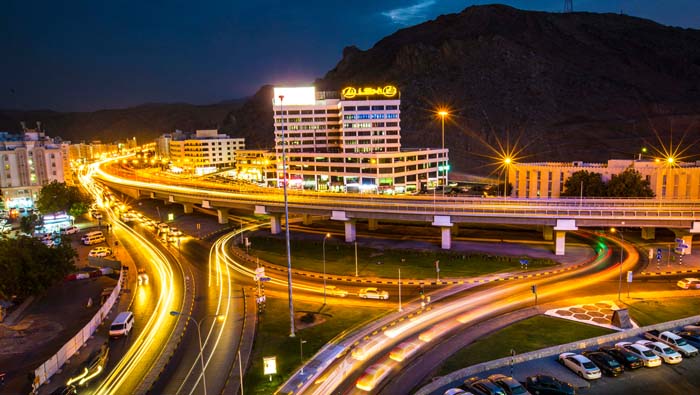 Muscat: Besides negatively affecting wildlife in the Sultanate, light pollution has also been burdening the Omani economy.
In fact, according to president of Oman Astronomical Society (OAS) Dr Salah bin Said Al Sheithani, if light pollution was contained and power consumption was brought down as a result, the Oman government would be able to save some OMR1 million.
Light pollution refers to the excessive brightening caused by man-made light sources.
It reduces the visibility of stars in the sky, hindering astronomical observations.
On January 15, OAS had announced the launch of a first made-in-Oman satellite. It is still under construction and the aim is to launch it by next year. Al Sheithani said that besides capacity building, the satellite would help spot where light pollution was especially intense in the Sultanate of Oman.
He added that one of the primary aims of the satellite would be to make observations and suggestions on how to reduce light pollution.
“If we successfully bring down light pollution, it will help us save at least OMR1 million, which is considerable. With this exercise, we’ll be able to formulate a mitigation plan that will help us reduce power consumption significantly and save money,” the OAS president said.
He insisted that the government had been forthcoming in the matter. “We have seen a positive response from the environment ministry, which has been studying light pollution in the mountains. I hope this endeavour will be fruitful,” he said.
Al Sheithani further said that OAS had conducted a symposium on light pollution in 2009. He said they have tried to educate people on the topic through programmes on many other occasions, as well.
“Light pollution has been a problem in Oman and the larger Gulf region for quite some time. In fact, it has been a global problem. We believe that the launch of this satellite to address the problem is a step in the right direction,” he added.
Meanwhile, a biologist said light pollution negatively affected wildlife. He said the most obvious example was that of turtle hatchlings being confused by man-made lights. “When turtles hatch, they usually crawl towards the biggest source of light, be it the sun in the day or the moon at night. The presence of buildings with bright lights near nesting sites disorients the hatchlings. This is well known,” he said.