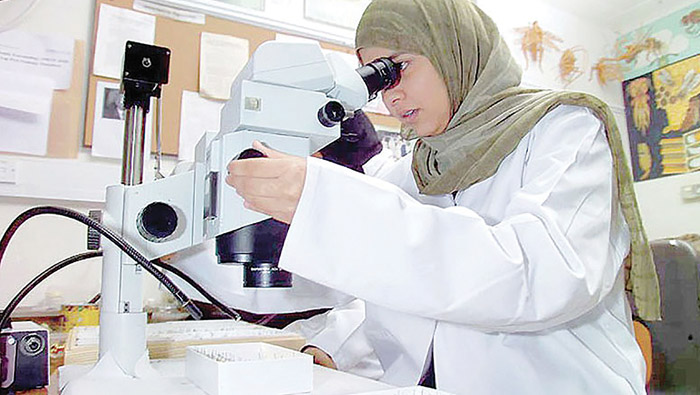 MUSCAT: Thousands of new jobs will be created in Oman’s industrial estates in the next few years due to rapid expansion of industrial estates and massive investment from the private sector.
This is in addition to the 10,000 citizens who have been appointed in the private sector within two months, under a government initiative aimed at providing private sector jobs to Omanis. Under the initiative, 15,000 jobs will be provided in the months to come, taking the total to 25,000 jobs, based on the decision of the Council of Ministers.
Hilal bin Hamad Al Hasani, Chief Executive Officer of the Public Establishment for Industrial Estates (PEIE), while announcing the organisation’s achievements and future plans, said the national manpower in industrial areas may reach up to 28,000 workers by 2025.
Companies located in several industrial estates spread across the Sultanate have already created an additional 1,500 job opportunities for Omani nationals ever since the government directed the Sultanate’s private sector to strengthen Omanisation, as part of a recent initiative to create 25,000 jobs, Al Hasani said.
PEIE manages seven industrial estates — Rusayl, Raysut, Sohar, Sur, Nizwa, Buraimi and Samail — spread across the country. In addition, the establishment manages Knowledge Oasis Muscat and Al Mazyunah Free Zone.
“The companies located within industrial estates acted very fast in providing jobs to nationals and have achieved 50 per cent of the targets set by the government,” Al Hasani noted.
Al Hasani further said the number of workers in various industrial estates managed by PEIE had touched 55,000 by the end of 2017.
“The number of workers increased by nearly 10 per cent in 2017, as some 4,740 new job opportunities were offered in different projects in the industrial estates,” he added.
This growth takes the total manpower to nearly 55,000, compared with 50,000 at the end of 2016, which shows an Omanisation rate of 35 per cent.
Several major companies are planning expansion, which will create additional employment opportunities. Several industrial estates, including Rusayl, Sohar and Sur, are also implementing massive expansion programmes, which will attract scores of companies. Preliminary figures for 2017 show that the volume of investments in the various industrial estates has touched OMR6.32 billion, recording a growth rate of 5.5 per cent.
The volume of investments increased by around OMR329 million, which makes the total volume of investments around OMR6.32 billion, compared to OMR6 billion at the end of 2016.
“We will see jobs being created mostly for factory workers as they will be jobs in the industry, and fewer jobs for professions such as accounting and HR,” Shashwar Al Balushi, CEO of the Oman Society of Contractors (OSC), said. He added that the focus of OSC was to create meaningful jobs for Omanis, where the Omani workforce could look as attractive as the expat workforce.
“Strict restrictions have been placed on insurance of facilities, buildings, properties, and public facilities, in order to achieve the highest degree of preservation of property. Regulations for violations have also been developed,” Al Hasani added, while elaborating on new regulations.
In order to create an ideal working environment for investors in the future and grant them more guarantees, specific controls have been put in place to deal with the issue of buildings, equipment, and goods remaining on the land at the end of the contracts, for any reason. The entry of persons and means of transportation to the estates have also been organised.
Therefore, unauthorised entities will not be allowed to enter the estates soon. Permissions, however, will be granted to those interested and to the clients in a smooth and fast manner. “Moreover, restrictions and conditions for housing of the workforce have been put in place to ensure the provision of humanitarian requirements in accordance with the best standards and related requirements,” he remarked.
Online service
Al Hasani further commented that PEIE, as the operating body of Al Mazunah Free Zone, has launched its electronic system this year, which falls in line with PEIE’s strategy of electronic transformation in all of its transactions. The free zone, therefore, has stopped receiving hard copy documents of all transactions related to the movement of goods.