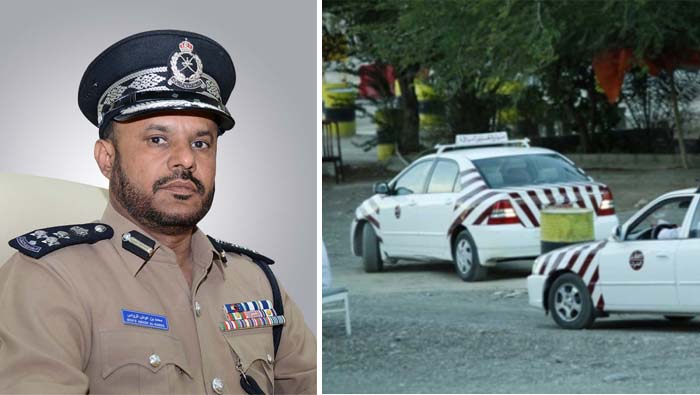 Muscat: Every male in Oman will soon be able to apply for an automatic transmission driving licence, Royal Oman Police (ROP) has announced.
Brigadier Eng. Mohammed bin Awadh Al Rowas, Director General of Traffic, said in a statement that the decision came after “demands from the community to allow everyone to choose between automatic transmission or normal while applying for a licence.”
This means that from early next year, both men and women will be able to learn how to drive — and take driving tests — in cars with an automatic transmission. Currently, only females can sit for tests in automatic cars.
“The decision was in response to the demands of teachers and drivers and members of the community to allow teaching and testing on automatic transmission cars, for both men and women, while also allowing those who wish to learn or test on the normal transmission to do so,” Brigadier Awad stated.
“The decision was based on a study conducted by the General Directorate of Traffic and included all driving teachers in all the governorates of the Sultanate,” the Brigadier added.
The move was welcomed by the citizens, expatriates, instructors and officials of the driving school.
“It is an excellent move from the Omani government. We have been waiting for such a move. I have heard of people failing 10 times in a test because they struggle to drive manual cars. Now they can get a licence too; otherwise, it is really hard for people to manage without a car,” Raj Gupta, an Indian expat who recently got his licence, noted.
“This will help lots of expats here, as they are comfortable driving automatic cars but not so good at manual.
“It is a good decision. The only problem is it came after I got my licence for which I spent nearly OMR1,000. I wish it had come earlier and I would surely have spent much less on the licence,” Zia, an expat who took 12 tests to get his license, remarked.
Fatma Al Balushi, an Omani national, pointed out, “If women are allowed to take tests in automatic cars, even men should be allowed the same, and this is good to hear. It is allowed in most countries already, and we are happy to have it in Oman.
“The only issue may be in an emergency where only a manual gear car is available---it may not be safe for the driver to drive if he has an automatic-vehicle licence,” added Fatma.
A manager at a local driving school in Muscat indicated more cars might be needed to cater to the increased demand for automatic training vehicles.
“Many of our male customers have repeatedly asked us why they cannot take their training lessons and tests in automatic cars, but we have told them that these are the rules of the Royal Oman Police (ROP)and we cannot change them.”
He added, “Now that this rule has been made official, I am sure we will continue to get requests, but now, we have to tell them that this rule will only take effect next year.
“Maybe the reason they have taken some time to put the ruling into effect is to allow the driving schools time to buy more cars with automatic transmissions, as there is going to be more demand for these vehicles. We already have many, but I think we will need more and will reduce the number of manual transmission vehicles, though there is always going to be some demand for them,” the manager elaborated.
Private instructors
“I think the reason they have kept a year’s gap for this to take effect is because there are schools that will need to change their cars, and maybe some sort of plan has to be brought out. I think it may be harder for the private instructors because they are spending their own money, have invested a lot, and now, they may not get business if they have a manual car,” he pointed out.
However, a driving instructor said he would wait for more clarity on the announcement before choosing to change his car.
“When I have to train women, I often borrow a training car from one of my colleagues and lend him my manual transmission vehicle,” he explained.
“Maybe now that this rule has come in, I might need to think about investing in a vehicle with automatic transmission, but I am worried about where I will get the money for this from.
“If the demand is there, I will probably buy an automatic vehicle as well, and that way, I can offer both to my customers,” he added.
“Based on demand, I may sell my manual vehicle, but it is quite old already, and I don’t know if anyone will be interested in buying it, especially since the demand for automatic vehicles is now rising as they are easier to handle.”
The new regulation will go into effect on January 1, 2019.