Is the worst over for Oman's economy? 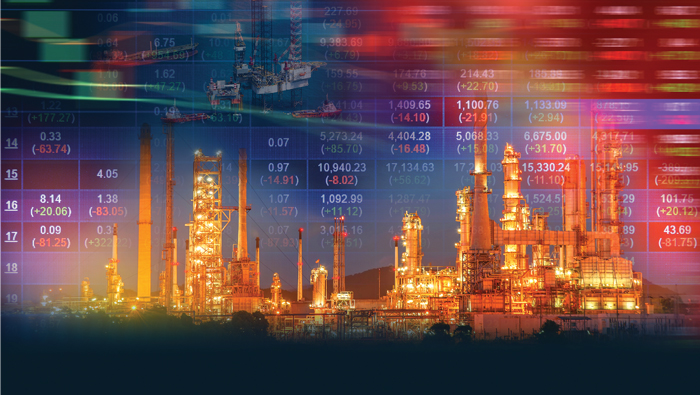 Muscat: “The most difficult phase for the economy is coming to an end,” according to Oman Investment Fund’s Chief Economist.
As the price of a barrel of oil slowly climbs, thanks to an agreed OPEC production cut, the economy will receive a much-needed shot in the arm from additional revenue. Oman crude oil prices breached the $67 mark when it traded at a three-year high of $67.21 per barrel at the Dubai Mercantile Exchange yesterday.
Optimism grew over Oman’s economy with prices nearing Oman’s rationalised break-even price - around $70.
“The prices of oil show that the most difficult phase for the economy is coming to an end. If prices remain at $65- $70 levels, the flow of resources in the public coffers will be strong and help the overall economy,” Fabio Scacciavillani, Chief Economist at the Oman Investment Fund said.
Oil prices had crashed to $25 two years ago prompting the GCC governments to rationalise expenditure.
Oman’s recent budget, labelled prudent by several leading economists, set an estimated oil price for 2018 at $50 - 25 per cent below current levels.
However, as oil prices make up 71 per cent of the state revenue, a spike in oil prices is expected to further reduce that deficit.
“The worst is over. The economy is in an upbeat mode. Brent has broken the psychological barrier of $70 and it doesn’t look like prices will go lower any time soon. I expect prices of oil to remain around $70-$75 at least for the next couple of months,” says Mubeen Khan, a Muscat based CA and financial analyst.
“I don’t see any reason why oil prices would decline now. The fundamentals are strong, and as global supply dips and demand increases, there is a synchronised rebound in the oil market. This is expected to stay,” Scacciavillani said.
Oil prices have been sustained above $60 by bullish speculation by traders and strong global economic growth driving demand.
Earlier, industry experts had claimed that if oil prices can stay above $60, the private sector will once again begin investing in oil and gas projects and liquidity will slowly creep back in to the market.
“If oil prices stay at this level, we can see confidence coming back. New projects and job opportunities may arise again if that happens,” Mohammed Khalid, GM at Desconn Engineering, said.
“A clearer view of how close the market may come to an equilibrium this year will need to wait till the severe winter cold-induced peak demand is over and we have a few months’ data on changes in OECD inventories,”said Vandana Hari, Founder of Vanda Insights, a Singapore based firm providing energy market research and analysis.
“When some of the current froth in the market subsides, we may still find crude structurally higher than 2017 – let’s say there is a new floor at $60 for Brent.
That is going to give plenty of breathing room to the major oil producers and exporters in the Middle East and elsewhere that have been coping with strained finances in a $40-55/barrel environment.
However, they need to stay on guard and on course with fiscal discipline and diversification of their economies from over-dependence on oil.
There is already speculation of OPEC compliance with its cuts starting to slip or the producers beating a hasty retreat from their output restraints.
Both of those could prove to be expensive mistakes.”
“The prices are mainly driven by trader sentiments rather than fundamentals. The OPEC deal is helping these sentiments to drive prices higher.
“I expect economic growth activities in Oman to further strengthen as prices stabilise at this level,” Khan added.