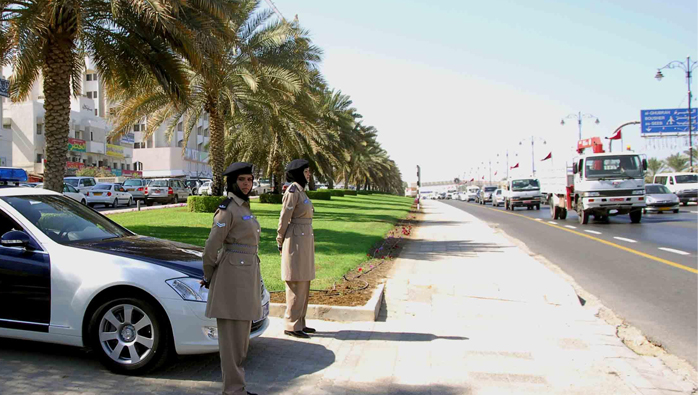 Muscat: An Indian citizen is recovering in hospital after the man who stabbed a cop to death in an Oman mall also attempted to murder him.
A day after the police officer was stabbed to death at City Centre Muscat mall, the Royal Oman Police have released more details about the tragedy, confirming that the attacker was an Omani national who had also attempted to murder an Indian citizen during the incident.
Read also: Cop dead after stabbing attack at Oman shopping mall
The Indian national is being treated in hospital. Police say the accused has a history of mental illness and that the case is still under investigation.
The deceased officer had recently become a father and moved home with his wife and four-month-old daughter, according to colleagues. “He was a good man. We always went out together on trips. He was the one his family looked to, to take care of them,” said a colleague.
“We are grieving for his death, but we are very proud of what he has done, because he sacrificed his life for his country and society.
"He died in the line of duty, which I am very proud of, because he died protecting his country. If I could get a chance to say something to him, I would have said that I am really proud of you and so is the country," the colleague added.
Accused is Omani: ROP
An official source from the ROP stated: “The person who attacked the police officer is an Omani, and he has been admitted to a hospital, along with another injured Indian expat, whom he also tried to kill.
He managed to attack a policeman with his weapon, which caused a fatal injury, and thus we confirm the death of a policeman and injury to another. ”
A spokesperson for City Centre Muscat, where the tragedy took place, told the Times of Oman: “A man reported to be mentally unstable and armed with a knife entered City Centre Muscat on Sunday and fatally assaulted a policeman, before being detained in coordination with the mall security.
“Our sincere condolences are with his family. The authorities are now investigating the matter. The safety of all visitors and staff remains our top priority. The mall is operating normally and further inquiries should be directed to the Oman police.”