OmanPride: The footballer who fought for glory 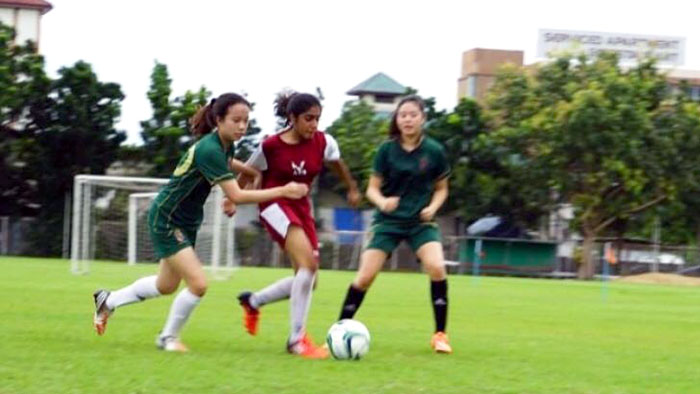 Sixteen-year-old Malak Al Zadjali is a passionate footballer from Oman. However, that is not all. She has set sights on promoting the sport among other talented women athletes and players in the country.
“Right now, I am trying to encourage people, especially girls my age to play. Just like how the previous generations inspired me, I want to inspire the next generation. And to do that, I need to start now,” said Malak.
“There are many girls who want to play football, but they are scared to play it, and there is no place here to play. So, I want people to take note of women’s football in Oman,” she reiterated.
**media[795035]**
Malak started playing football recreationally with her cousins when she was a child, but it was only after she went to Thailand and spent five years there that she started considering taking it up professionally.
However, when she came to Oman she was not sure if she could continue playing football. “I was wondering if I should stop playing, because I thought women do not play here, but then I found out about the tournaments here, and I thought why should I waste my talent when I want it so badly.”
“I decided to not stop playing. I should fight for it, because I am not just fighting for myself, I am fighting for my whole generation and for the girls here in Oman.”
Malak, who arrived in Oman earlier this year, has already started taking slow but steady steps towards promoting the sports among the young girls here. “My plan is to start with my school by forming a team, and hopefully, we can make a club. I was thinking about starting a movement for the girls across the country who are athletes,” she stressed.
She is even coaching younger aspiring players now. “The Oman Football Association has an event for children from government schools, who are aged between nine and 14, and I will coach them,” she emphasised.
**media[795036]**
Having realised that there are a lot of aspiring players in the country, Malak tried to understand the main challenges the girls faced in living their dream. “There are a lot of women in Oman who are interested in playing sports in the country. However, they are facing a lot of obstacles owing to lack of fields, lack of teams and support,” she noted, adding that she wished to bring these issues to the fore and urge the authorities to address them.
“One of my wishes is to play in the World Cup, and that will not happen if we do not have proper fields,” she mentioned.
However, she remarked that the future of women in the field of sports in the country was bright. “Hopefully, we will have a team soon and participate in international tournaments and make a name for ourselves. We can show people outside the Middle East that people here support sports and women.”
— [email protected]