Opposition leader, who fled Cambodia, calls for sanctions on leadership 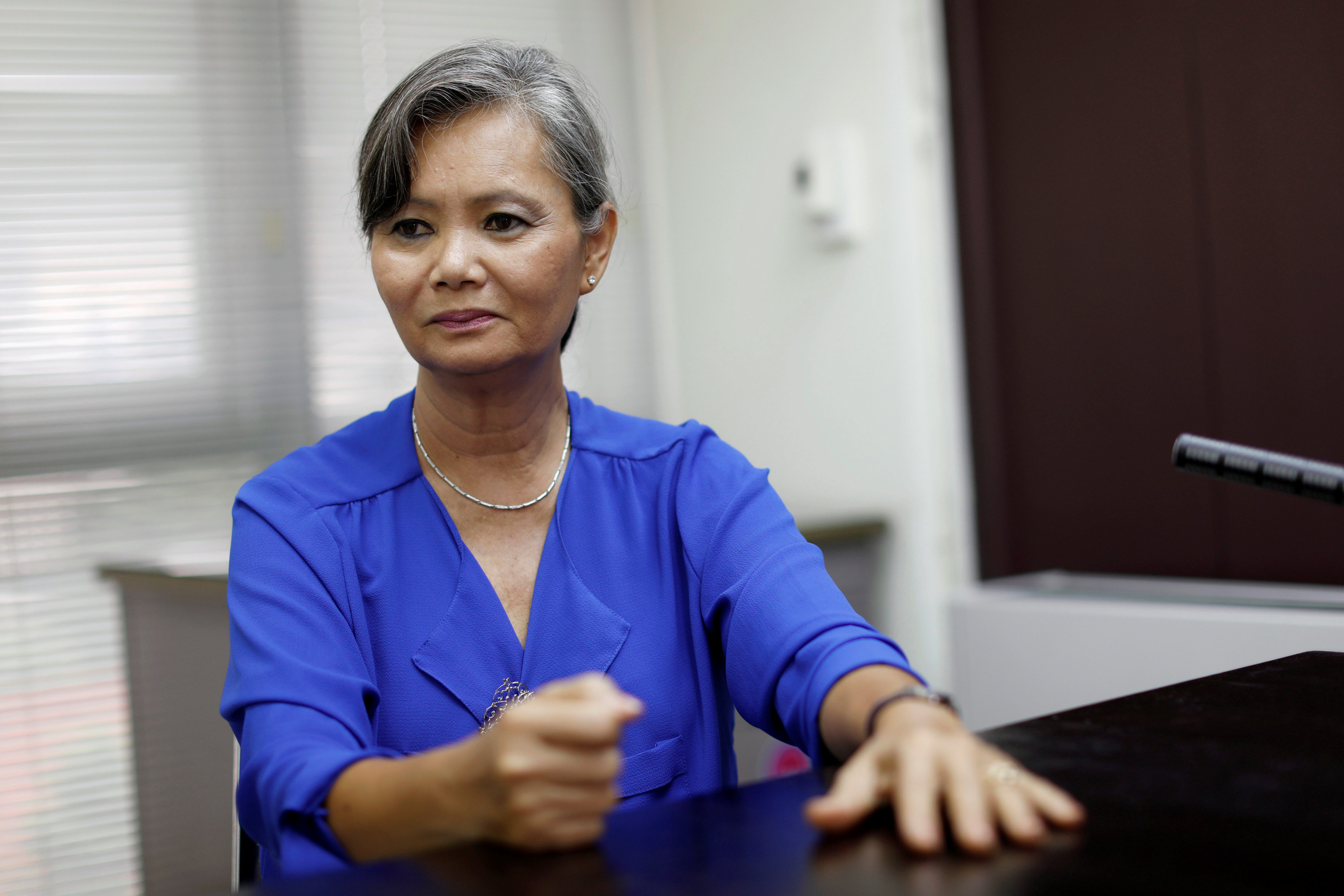 Phnom Penh: An opposition leader who said she fled Cambodia in fear of arrest called on Western donors on Wednesday to impose targeted sanctions on Prime Minister Hun Sen's government to save democracy in the Southeast Asian nation.
Mu Sochua, 63, left Cambodia on Tuesday, saying she had been tipped off that she was among the next targets of a crackdown in which opposition Cambodia National Rescue Party (CNRP) leader Kem Sokha was arrested a month ago and charged with treason.
Elections are due next year and the opposition party has accused Hun Sen, 65, of arresting and harassing its leaders and other critics so he can extend over 30 years in power.
"The time for statements has passed. It's time for sanctions, targeted sanctions. Also suspension of technical aid to the government of Cambodia," Mu Sochua told Reuters. "Time is up for democracy. How long can the international community wait?"
She was speaking to Reuters in Southeast Asia and requested that the location not be specified because of security concerns. She said last week that around half the CNRP's members of parliament had fled Cambodia.
The sanctions could include visa restrictions on top officials, Mu Sochua said, but should not target the exports of garments - mostly to the United States and European Union - on which the livelihoods of hundreds of thousands of Cambodian workers depend.
Responding to Mu Sochua's comments, government spokesman Phay Siphan said there was no reason for any country to impose sanctions on Cambodia because it was committed to peace and pluralism and the rule of law.
"This is a sovereign state and it will protect its sovereignty," he said. He said he could not comment on any potential arrests because that would be a matter for the judiciary.
The government accuses the opposition of planning a revolution to oust Hun Sen, whose rule has spanned Cambodia's three-decade transformation from a broken state after the Khmer Rouge genocide to one of the region's fastest growing economies.
Hun Sen has called it a "colour revolution", similar to movements in parts of the Balkans and the former Soviet Union in the 2000s.
Since Kem Sokha's arrest, Mu Sochua had emerged as his most outspoken deputy. She said she grew worried at the weekend after suspected plain clothes police followed her to rallies in the countryside.
Then on Monday, Hun Sen threatened more arrests of opposition leaders. Mu Sochua said a senior government official had sent her a recording of his speech.
"'I said, is this about me?' He said 'yes'. I said 'Is the arrest going to be this week?' He said 'yes'," said Mu Sochua, who is known internationally for decades of campaigning against sex trafficking and for women's rights.
Insurrection charges over which she was detained for seven days in 2014 could easily be brought back, she said. The government has not said it planned to charge her.
Mu Sochua said any international moves against Hun Sen should be aimed at preserving democracy.
"When we talk about targeted sanctions we also talk about giving Mr. Hun Sen time to think and to adjust and to give the opposition, civil society, free media space so that the next 10 months will be time to prepare for elections," she said.
Western countries have condemned the arrest of Kem Sokha and the crackdown on non-governmental organisations, civil rights groups and independent media in the country of 16 million people, but they have not taken any concrete steps.
"What is shocking is how the international community, especially Cambodia's donors, are essentially giving Hun Sen a free pass at each step of this crackdown," Phil Robertson, Deputy Asia Director, Human Rights Watch, said in a statement.
Western donors played an essential part in rebuilding Cambodia after 1991 peace accords to end civil war, but their influence has waned as Cambodia's economy has strengthened and as China has become its most important ally.
U.S. Senators John McCain and Dick Durbin introduced a resolution on Tuesday that called on the U.S. State and Treasury Departments to consider putting top Cambodian officials on a list that could stop them visiting the United States.
China, by far the biggest donor to Cambodia, has given verbal support to Hun Sen. A former Khmer Rouge commander, he defected from the group and helped to drive it from power in 1979 after the deaths of an estimated 1.7 million people.