This Omani photographer was chosen to shoot for Louis Vuitton 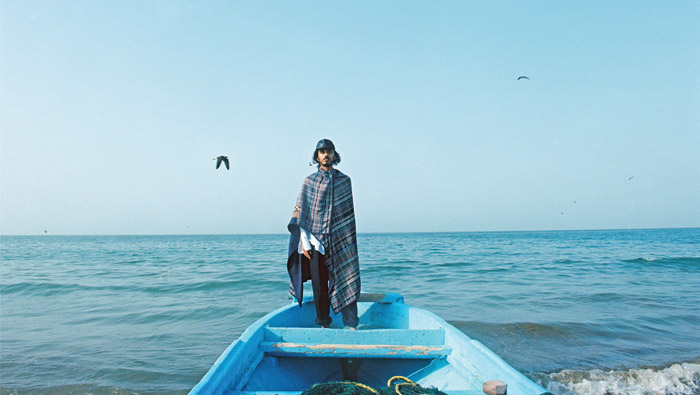 Muscat: Omani photographer and producer, Mohammed Al Kindy, also known as Chndy, along with his photographer friend Mohammed Hasoon, has been chosen by international fashion brand, Louis Vuitton (LV), to shoot for them in Oman.
“We started talking to LV since January this year. When we got this shooting opportunity, we chose to do it in Oman because since I started my path in photography in 2009, my dream was to include Oman into an international project and to show the world some of the fascinating sites in my country,” said Chndy, 25.
Chndy's friend Hasoon, who goes by the nickname Cheb Moha, is Iraqi-Canadian.
The shoot, which was done using a 50-year-old camera, took place in Sohar, Al Seeb, Barkat Al Mouz and a 30-year-old ice cream shop in Ruwi.
Chndy said, “The cameras we used were old filming cameras, some of them go back 50 years. In fact, one of the cameras we used was a gift my grandfather gave to my dad when he got married and it was recently passed on to me.”
Chndy uses the old fashioned photo development method to have the final version of his photos, due to which the photos have made it to international magazines and more famous brands are choosing to work with him.
“We want(ed) this photo shoot idea to be different, simple and more realistic so we took advantage of our Saudi friend Mohammed Al Hamdan visiting Oman and decided to film his trip styling him with LV,” he said. Model Mohammed Al Hamdan is a Saudi social media celebrity, with more than 3.5m followers on Instagram.
“Some people might describe this photo shoot as ‘crazy’, but that is simply because it’s different than what people would normally expect to see from a luxury and international brand like LV. They expect to see a handsome white guy with no beard and perfectly styled hair. But we didn’t do any of that, we chose a guy that people could see in their local village, who happened to be dressed with LV,” Chndy added.
“I can’t describe how happy I felt to be able to collaborate with such a famous brand. I still cannot believe it. This whole year was full of surprises for me.”