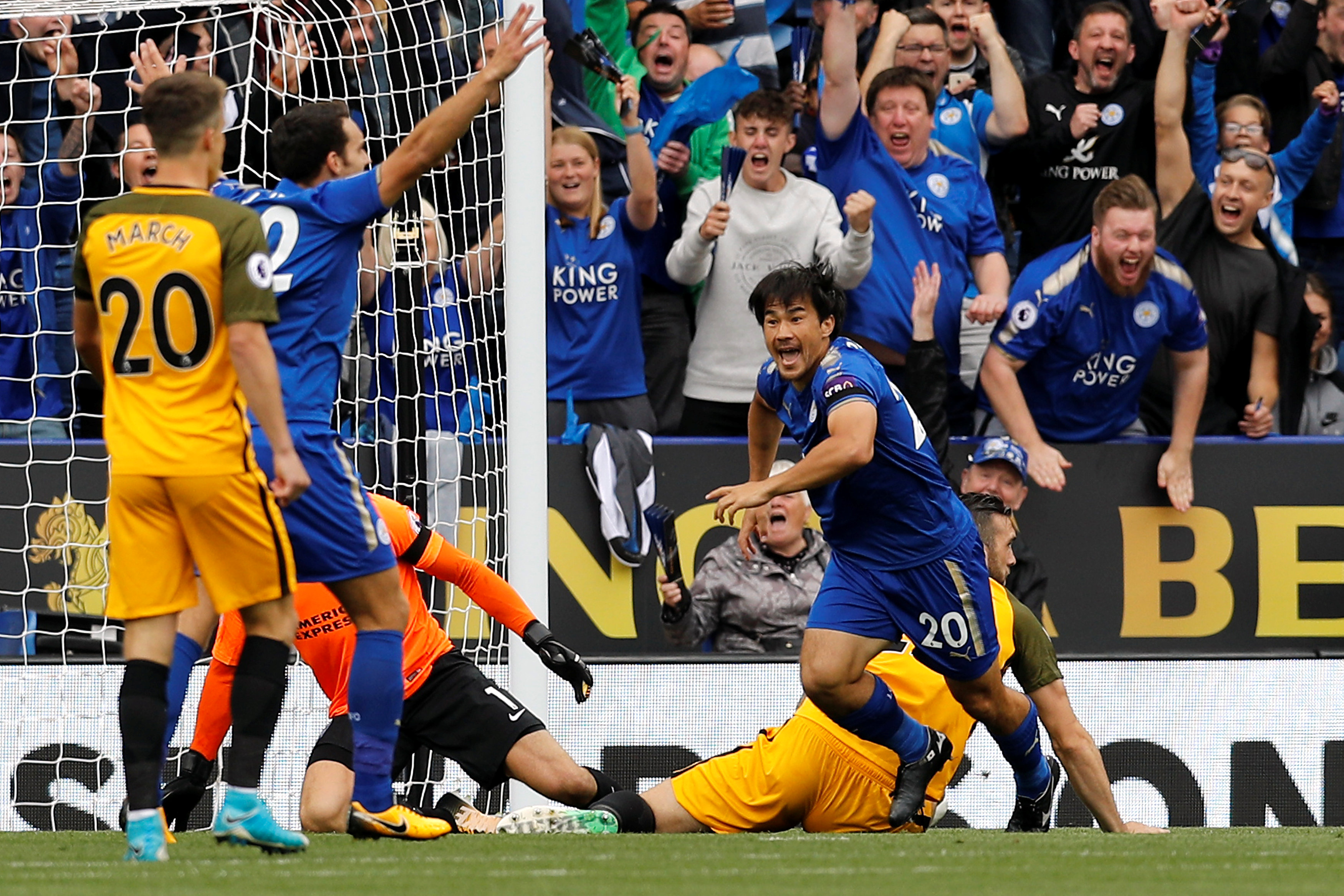 London: Shinji Okazaki struck early and Harry Maguire netted a header from a corner as Leicester City beat Brighton 2-0 at the King Power Stadium on Saturday, handing the Premier League newcomers their second straight defeat.
Japanese international Okazaki was on hand to rifle home the rebound from a Riyad Mahrez shot in the first minute as the 2016 Premier League champions got off to a flying start in their first home game of the season.
Mahrez was also behind Leicester's second goal, swinging in a corner early in the second half for Maguire to head home his first goal for the Foxes.
Brighton had plenty of possession in the second half but once again had a hard time fashioning decent goalscoring opportunities, with Leicester able to coast home.