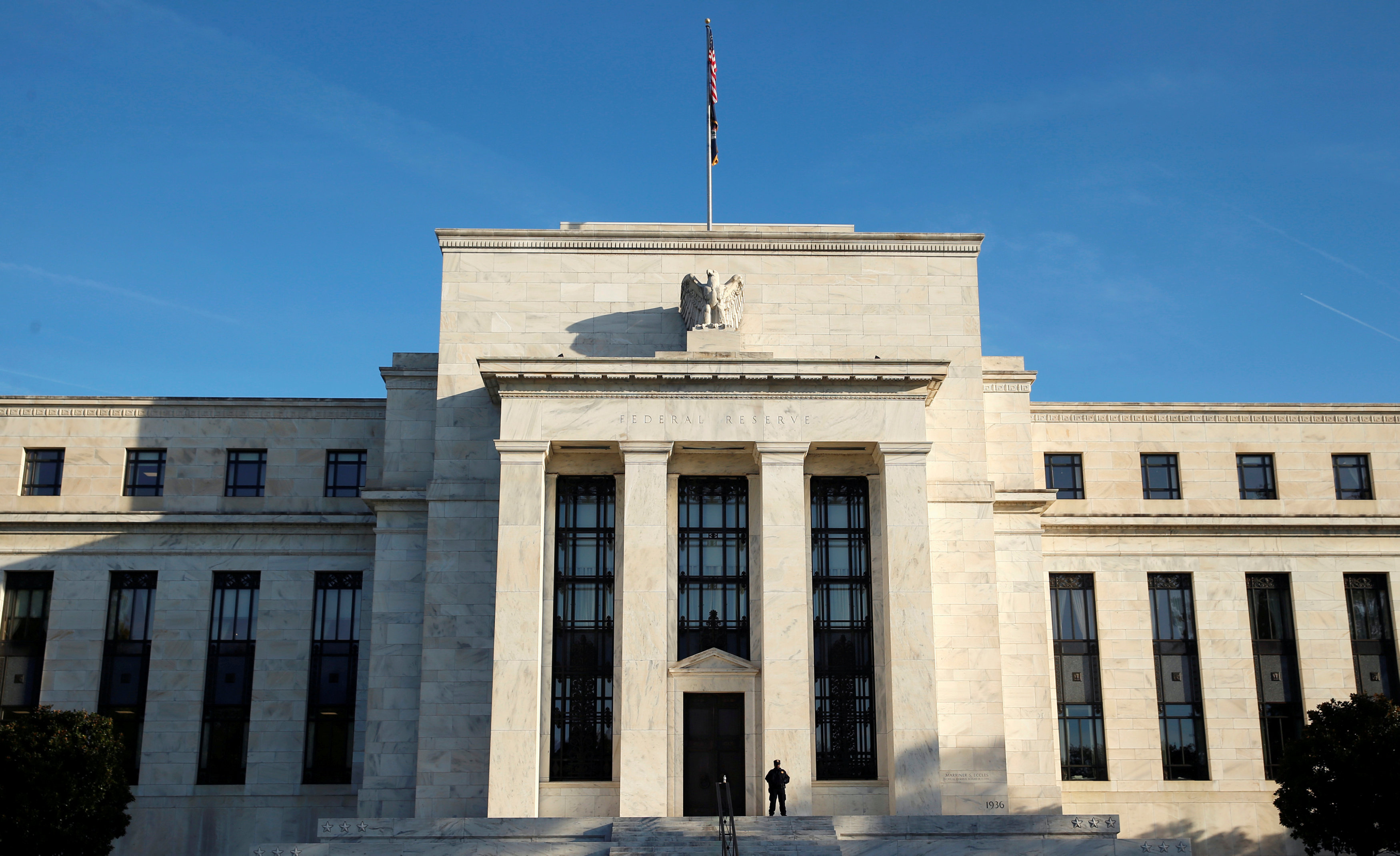 Central banks have a problem: Growth in much of the world is accelerating, but inflation has failed to take off. Of course, for most people, growth without inflation is the ideal combination. But central banks have set the goal of achieving an inflation rate of “below, but close to 2 per cent,” as the European Central Bank puts it. And, at this point, it is hard to see how that can be achieved.
Central banks never pretended that they could steer inflation directly. But they thought that by providing rock-bottom interest rates and generous liquidity conditions in the wake of the 2008 global financial crisis, they could push investment and consumption upward. In 2009, when financial markets were in turmoil and the economy was in free-fall, the US Federal Reserve took matters a step further, initiating large-scale asset purchases, or quantitative easing (QE). The ECB followed suit in 2014-2015, when deflation appeared (wrongly, in hindsight) to threaten the eurozone.
The Fed’s actions certainly helped to stabilise financial markets. The ECB also claims that its bond purchases, after financial markets had already normalised, sparked economic growth and fostered employment. But the impact ended there.
The tightening of the labour market should have led to higher wages, which would ultimately translate into higher prices. But this mechanism, the so-called Phillips curve, seems to have broken down. In both the United States and Japan, despite low unemployment, wages are not increasing, at least not at the rate historical experience would indicate. And the wage increases that are occurring, such as in the US, are not having the impact on prices that one would expect.
The reasons for this are not well understood. Last year, low oil prices could be blamed; but, even when oil prices rebounded somewhat, inflation remained low. Another, more structural reason is that the prices of the goods comprising a large part of the consumer price index tend to fall over time, because they can be produced increasingly efficiently in low-wage countries, particularly in Asia. In addition, retailers’ margins are being squeezed, owing to competition from online shops.
This problem of “missing inflation” is especially acute in the eurozone and Japan. Because the Bank of Japan (BOJ) and the ECB have defined success exclusively in terms of achieving their inflation target, they are now in a quandary. The ECB, in particular, now has little choice but to continue its expansionary policies, including QE, until it sees some sustained increase in inflation.
For the Fed, the problem is less severe. The US is experiencing somewhat higher inflation than the eurozone and Japan are, and the Fed has a dual mandate: not just price stability, but also full employment. Having achieved the latter, it can declare at least half a victory and gradually start lifting rates.
But there is another reason why missing inflation is more of a problem for the eurozone. During the bubble years before the 2007 crisis, prices and wages increased sharply in the eurozone periphery, relative to Germany, which was plagued by high unemployment and stagnant wages. Over time, those economies became uncompetitive. When capital inflows suddenly stopped, they could not cope, requiring them to increase exports.
Now Germany is practically at full employment, but wages are not increasing at much more than 2 per cent – far lower than the 5 per cent rate that prevailed when Germany last had such low unemployment (below 4 per cent), nearly 30 years ago. The resulting lack of inflation is not only contributing to Germany’s very high current-account surplus; it is also making it harder for the peripheral countries to improve their competitive position vis-à-vis Germany.
The ECB must set its monetary policy on the basis of the eurozone average. But it would clearly be more comfortable if the competitive imbalances that arose during the boom years were corrected more quickly, and most European policymakers would welcome some rebalancing as well.
But the real question is not whether inflation closer to 2 per cent would be desirable. QE is a policy for desperate times. Today, the economic environment is totally different than it was just a few years ago: financial markets are buoyant, financing conditions are highly favorable, the economy is expanding satisfactorily, with no sign of deflation.
In a recent speech, ECB President Mario Draghi observed that reflationary dynamics are “slowly taking hold.” Taking him at his word, markets immediately traded the euro up, because investors concluded that, under these circumstances, negative rates and asset purchases would no longer be warranted. But the ECB quickly denied this interpretation.
That was a mistake. It makes no sense to continue with policies designed for a thunderstorm when the sun is shining again. The ECB need not reverse course completely, but it could declare victory in the fight against deflation and start exiting its emergency policies. - Project Syndicate