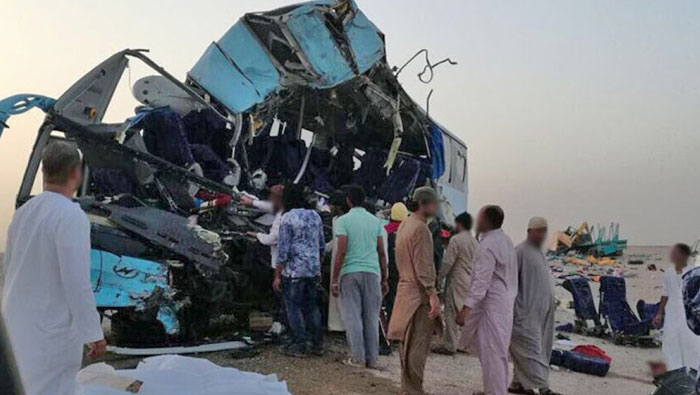 Muscat: A collision between a bus and a trailer truck in Oman has resulted in six deaths and 14 injuries, police have confirmed.
Get your essential daily briefing delivered direct to your email inbox with our e-newsletter
According to the Royal Oman Police (ROP), the accident took place near the Qarn Al Alam Triangle. The injured were taken to hospitals in Adam and Nizwa.
The Ministry of Health (MoH) also said that they have activated their emergency response system in the Al Wusta and Al Dhakhiliyah governorates, and said that a hospital in Haima had called for support medical staff to help deal with the accident.
Recently, two persons had died and many were injured in a collision between two buses on the road to Salalah, the Royal Oman Police had said.
Nizwa Hospital had received 22 victims from the accident after they were treated at a hospital in Adam.
There have been increased calls for the Muscat to Salalah road to be made safer after the fatal accident.

You can find an updated version of this story here.