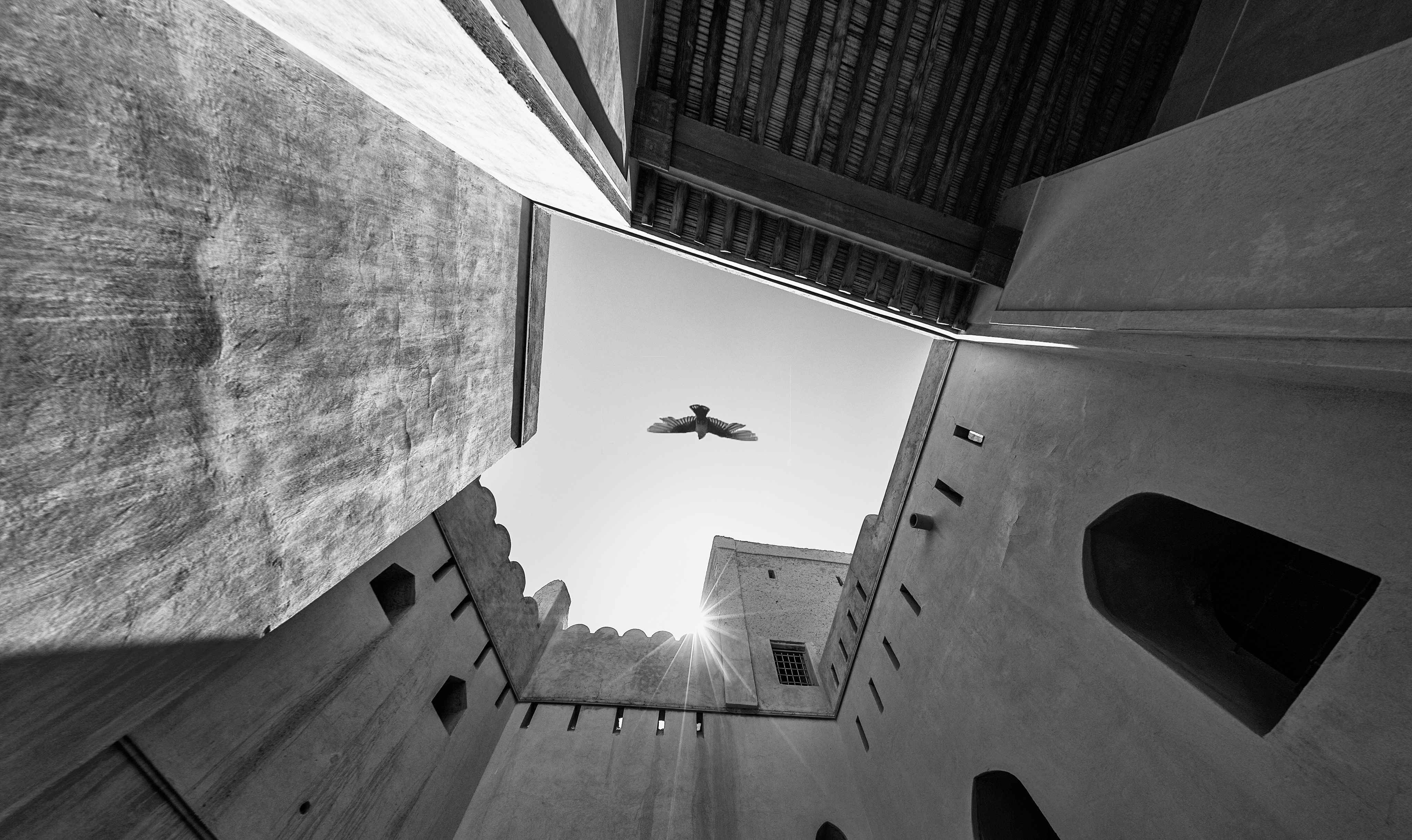 Muscat: Huwaishal Al Shukaili was the only Omani to win the May edition of The Hamadan bin Mohammed bin Rashid Al Maktoum International Photography Award (HIPA) competition.
Speaking to the Times of Oman, Al Shukali, 25, expressed how much winning the competition meant to him. “Winning this international award allows you to evaluate your work at a higher professional level.”
Al Shukaili, who works for the Ministry of Defence, said photography has always been his passion. In fact, when he took the winning photo, he was attending the Al Shamikhat Forum in Bahla. “I wanted to combine the architectural beauty of the fort, the sun and a good angle into one photo.”
“Honestly, I was trying to fix my lens when I sighted the bird, I watched it and timed it and knew that five seconds later it would fly out, and as soon as it did, I captured the image” Al Shukaili explained.
The popular ‘Instagram Photo Contest’ was re-launched in April 2017, attracting photographers from all around the world and receiving thousands of submissions since its creation.
The contest is open for entry to photographers of all ages on the Instagram social media platform. The selection process occurs once the photographers post a photo with the official HIPA hashtag #HIPAContest.
This year the contest required photographers to follow different themes every month, such as, “From Below, Ramadan and My Mother.”
“The themes for the new season of the ‘Instagram Photo Contest’ this year will challenge photographers to be more creative with their submissions and we are excited for the coming period of submissions. The themes for the new season of the contest were chosen until April of 2018 to give photographers time to prepare for each month’s topic and hopefully afford them a better chance at winning,” said the Secretary General of HIPA, Ali bin Thalith.
“I would highly recommend more Omani photographers to participate in international competitions such as these, as it allows you to gain international recognition and more importantly it shows you what you are capable of,” Al Shukaili added.
He has also won Gold at India’s Faiab competition and hopes to one day find a job related to photography.