Two dead, one critical in bus crash in Oman 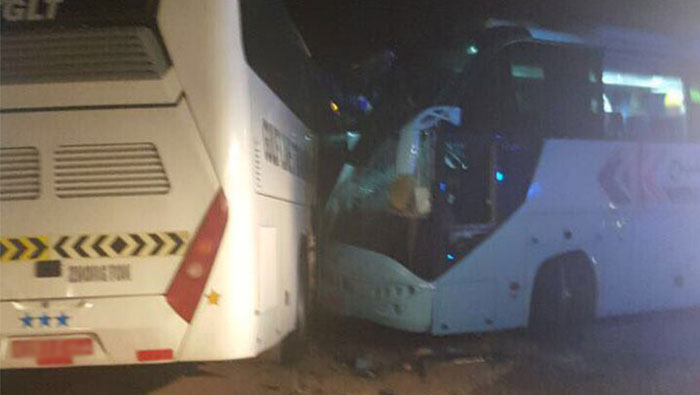 Muscat: A collision between two buses late on Thursday night on the road to Salalah resulted in two deaths and multiple injuries, the Royal Oman Police said in an online statement on Friday morning. One other is in a criticial condition in the Intensive Care Unit at a hospital in Nizwa.
According to the ROP, the collision took place at 11.54 pm near the Qarn Alam area.
The Ministry of Health also released a statement saying said that their emergency and medical response plan had been activated.
Nizwa Hospital received 22 victims from the accident after they were treated at a hospital in Adam. These include the two victims who died, with 12 still being treated for injuries and one in intensive care, while seven more were discharged.
A hospital in Haima is currently treating five more victims, who are said to be in a stable condition. One more patient is currently at the hospital in Adam.