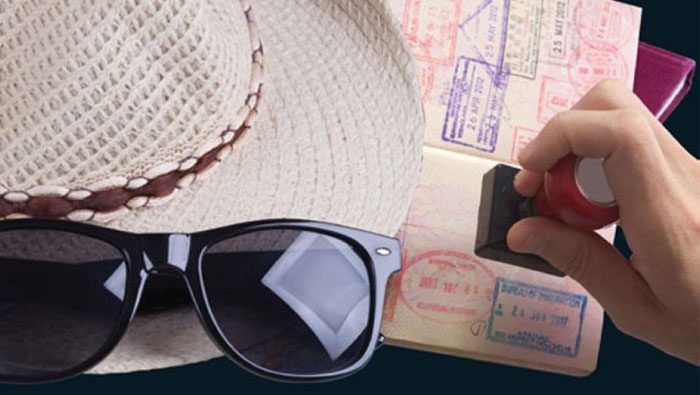 Muscat: Tour operators were caught on the hop after the short stay visa fee for tourists was quadrupled. According to new rules which came into effect on Sunday, tourists must now pay OMR20 for a month-long tourist visa. Before Sunday, visitors could buy a 10-day visa for OMR5.
Read here: Short stay visa hike, easier visas for four countries in Oman
Those visiting the Sultanate no longer have that option, visa desk officials at Muscat Airport confirmed, and can now only opt for the month-long OMR20 permit.
The official Royal Gazette published the new amendment on Sunday, adding that it would become law by the next day.
Sunil Prabhakar, CEO of Travel Point, a major tour operator in the region, said: “We weren’t informed. It should come in gradually instead of this way.”
“Who is going to bear the costs of tourists already in the visa application process? We currently have 400 tourists doing the visa process now.
“We have already given our prices to them. Now we have to pay for the visa fee hike that had no grace period? We are at the Arabian Travel Market now and people are asking us why the visa fee was suddenly hiked?
“When there is tourism promotion going on and you hike the fee like this, it is not going to help tourism.
“My suggestion would be to bring visa fees down and get more tourists and make them spend on the ground - we need more tourists.”
Confirming that the new rules have been in place since Sunday, an airport official said, “Earlier the visa on arrival fee was OMR5 for 10 days but now it is OMR20 for one month. There is no option for a 10-day visa.”
Vikram Loomba, Hospitality and Leisure Director at PwC, a tourism industry analyst, said: “If we consider the generally upscale profile of leisure travellers to Oman and their average length of stay, the increased cost per person per day is affordable. From such a perspective, it is a good move that is likely to boost government revenues.
“However, the millennials, back-packers, all-inclusive and other price-conscious travellers may be influenced to consider other options. Even travel agents and tour operators who work on low margins could be impacted. This step could further polarise the profile of tourists to Oman as luxury travellers.
“Egypt, very recently, was considering raising tourist visa charges from $25 to $60. However, due to resistance from the hospitality and travel & tourism sectors, the government decided to “postpone” the decision. Egypt, which is a popular all-inclusive destination among Eastern Europeans, has obviously understood the far-reaching impact of an increase in visa charges on their budget-conscious visitors.
Several governments are trying to facilitate visitation to their countries by offering electronic visas, free of charge visas, visit visas on arrival, long term visas, etc. In such a competitive environment, any increase in visa charges should be considered.”
Travel agents said that the move will affect many in the UAE who visit Oman for the weekend or during holidays.
Amy Subaey, Organiser, UAE Trekkers, a company that organizes daily trekking trips to Oman, said: “We are trying to find a way to perhaps offer people a multiple entry visa for a year that would maybe be a bit cheaper but not sure yet. I wish we had some notice.”
UAE Trekkers organises treks in Oman’s mountains for UAE residents.
According to the NCSI, 2.6 million people visited Oman in 2015, an increase of 88 percent compared to the year 2011.
“Seven nights is the average length of stay for incoming tourists in the year 2015, compared to six nights in 2011, and visitors from the GCC formed 45.5 percent of all incoming tourists,” according to NCSI’s report.
Cruise tourists, however, are not affected by the recent changes. “Cruise visitors who visit Oman for less than 48 hours don’t have to pay any visa fees. They only have to pay if they stay more than 48 hours but no cruise ships visit Oman for such a long time,” an official of Khimji Ramdas Shipping LLC, one of the largest shipping agents in Oman, said.
Some travel agents think that it is a good move. “It’s good. I don’t think this will keep people from visiting the country. If you compare Oman to other countries, their visa fees are much higher,” Riaz Kuttery, Chief Operations Officer of Mazoon Travels, said.
How Oman stacks up:
UAE: OMR 26
Oman: OMR20
Bahrain: OMR18
Qatar: OMR16
Kuwait: OMR4