Who is Marine Le Pen? 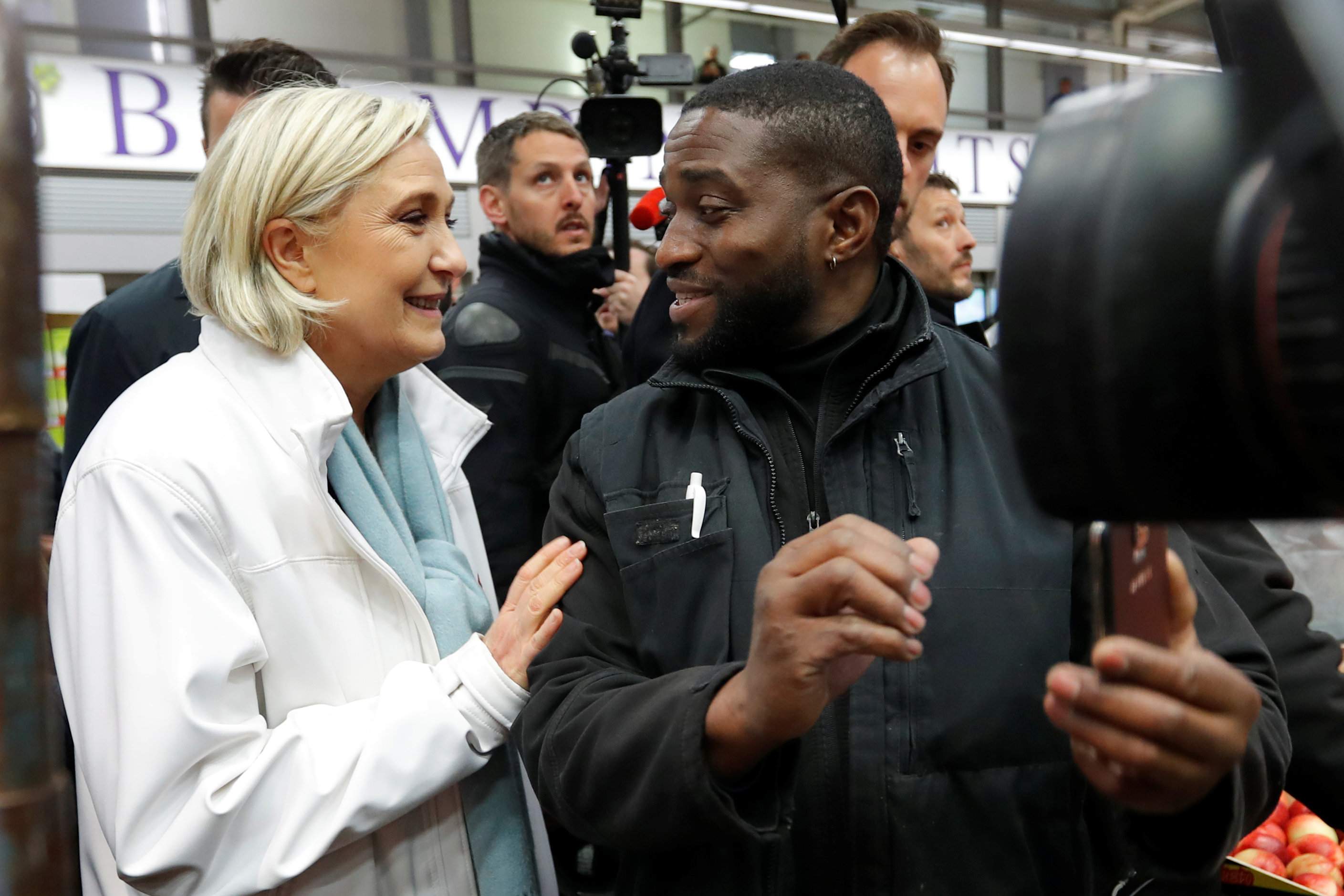 I vividly remember French presidential candidate Marine Le Pen’s first appearance on television. It was just before the 2002 presidential campaign, and I had to moderate a debate on French public television. For political balance, we needed a representative of the far-right National Front (FN), then led by Le Pen’s father, Jean-Marie Le Pen. Bruno Gollnisch, the manager of Jean-Marie’s campaign and his heir apparent, turned us down, offering to send Marine instead.
It was obviously a trick played not just on a media viewed as hostile, but also on Le Pen herself – a rival whom Gollnisch resented for having been, in his view, unduly promoted by her father in the FN apparatus. Le Pen was a largely unknown 33-year-old lawyer with little practice, though she had an obvious instinct for the punch line. In the end, Gollnisch’s plan may have backfired: a few days after Le Pen’s appearance, the headline in a weekly magazine read, “What is new with the FN? Marine!”
On April 21, 2002 – a date that still resonates in French political memory – the 73-year-old Jean-Marie received 17 per cent of the vote in the first round of the presidential election, thus knocking the former socialist prime minister, Lionel Jospin, out of the second-round runoff. But citizens of all persuasions then rallied against Le Pen in a so-called “Republican front,” giving the conservative candidate Jacque Chirac a massive 82 per cent of the vote.
Fifteen years later, Marine Le Pen has outshone her father, convincing 21.3 per cent of French voters to choose her to succeed François Hollande at the Elysée Palace. But, to win the second round, she will need to defeat Emmanuel Macron, the 39-year-old centrist who finished ahead of her in the first round, with 24 per cent of the vote.
That will be no easier for her than it was for her father. With both the Republican François Fillon and the Socialist Benoît Hamon quickly endorsing Macron after the first round – Hamon called Le Pen an “enemy of the Republic” – another “Republican front,” albeit a much smaller one, could well be emerging.
But Le Pen is tough, and a great believer in her own destiny. Already, her efforts to revamp the FN’s image have transformed it from a fringe movement into a major political force. Although she abandoned a push to rebrand the FN “Bleu Marine,” owing to the original brand’s enduring appeal to its older voters, that approach reflects the personality cult that she has fostered, characterized by the suppression of dissent and even of her own niece, Marion Maréchal Le Pen, a rising political star.
Le Pen’s success reflects a kind of ideological laundering, which she has conducted with her closest adviser, Florian Philippot, a polished, media-savvy “énarque,” who swears he decided to join Le Pen for her talent, not her ideology. Indeed, the pair has coated the FN with several layers of fresh paint – all blue, white, and red, of course.
Early on, Le Pen would campaign like her father: using her heavy frame and heavy frown to intimidate opponents, forcing her smoker’s voice to make her point, never playing the “woman card.” But she eventually found out she could play another part. Thinner, better dressed, and more soft-spoken, she developed a kind of charisma that enabled her to appeal to a wider variety of supporters, from unemployed young people to the disenchanted middle class, from policemen wary of losing control to second- or third-generation immigrants who wanted to close France’s doors to foreigners.
The process of “de-demonizing” the FN required Le Pen to drop not just the putrid rhetoric bequeathed by her father, but also her father himself. In the summer of 2015, Marine expelled Jean-Marie from the party he founded in 1972. The old man sued her in court, only to surrender a few months later.
Of course, even as Le Pen has dropped the anti-Semitic blurbs, vocal nostalgia for Vichy France, proud reminiscences of the Algerian war, and even her own father, she has continued to fuel the populist bonfire. She has railed against immigration, Islam, globalization, multiculturalism, NATO, the elites, the “system,” the markets, the media, and, above all, the European Union – the monster supposedly responsible for all of France’s ills.
Never mind that all 23 FN members of the European Parliament are paid with EU money, or that Le Pen herself is under a judicial investigation for misappropriating her MEPs’ subsidies. For many French, status anxiety, economic anger, and fear of terrorism are far more salient.
Le Pen has also worked hard to build up her international status. In January, she waited in vain in New York, hoping to be embraced by Donald Trump – a man who, she said, had copied some of her own political formula to win the U.S. presidency. In Moscow, she met with Russian President Vladimir Putin – not to ask for money, party officials were quick to point out, but to discuss the state of the world.
Leading in opinion polls week after week, Le Pen and her new FN seemed to have things figured out. But, two weeks ago, the varnish began to crack. Her meetings became more electric, her discourse more brutal.
Whatever the case, some 7.6 million voters have now acknowledged Le Pen as the right person to lead France (a total probably boosted by a terrorist attack on the Champs Elysées three days before the vote). And while her combination of rebranding and rabble-rousing probably will not be enough to win her the presidency, she has already succeeded in transforming the face and the psyche of France for a long time to come. - Project Syndicate