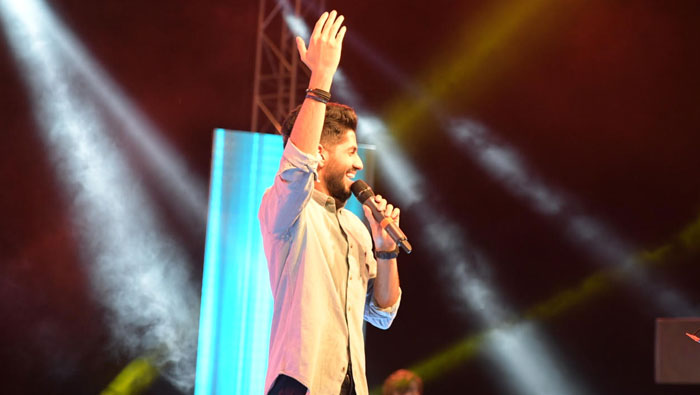 Mohamed Minji, Oman’s melodious singing sensation wooed the crowds with his soulful Omani songs. When Haitham Rafi took to the stage, he set it on fire. With his incredible performance skills and his ability to engage the crowd, his fans (especially female) couldn’t stop themselves from running towards the stage.
**media[650188]**
Needless to say, when he descended the stage to go amidst the audience and interact with them, the crowd went crazy. Mohamed Shehhi has a similar impact on his fans that had come to attend the event.

One of the most popular singers in the entire region, Mohamed Shehhi’s songs have received more than 30 million hits on social media.

The reason behind his popularity was justified from the minute he got on stage, singing some wonderful arabic songs that both Omanis and non-Omanis enjoyed alike.

His well trained and well tamed voice did manage to steal many hearts and earn a few more fans on that day.

In addition to the entertaining and enjoyable performances, a number of social media influencers with more that 100,000 followers were honoured by the sponsors of the event in a short award ceremony that took place during the event.